Brutality Will Prevail – Scatter The Ashes 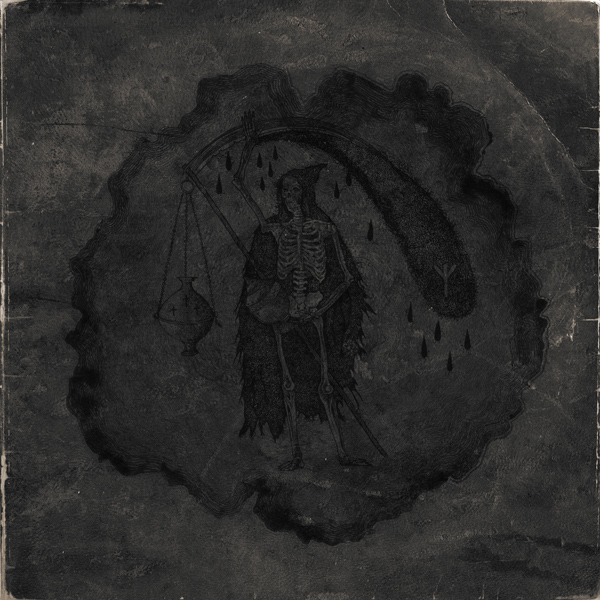 The new Brutality Will Prevail is the album that everyone knew this band could produce, plus a little bit more. Scatter The Ashes is 10 tracks of doomy, riff based, furiously intense and downright brilliant hardcore.

Following on from 2010’s Root Of All Evil L.P and 2011’s Sleep Paralysis E.P, Brutality Will Prevail have fused the two sounds they played with to create this current musical equation. There are the huge doom riffs from ROAE which are now laced with the creepy guitar licks of Sleep Paralysis and they sound bigger and better than before.

Opening track Life Lines comes in gently with a picked acoustic guitar and simple drum beat, not the in your face aggression you expect to hear from BWP, but as an opening track it does well to ease you into the next song. Sins Of Commitment quite simply, is one of the heaviest things that BWP have written as a band so far and it sets a frenetic pace that the rest of the album duly follows. THAT bass section that comes in around 1.35 owes a lot to bands such as Harms Way but the winding riff that follows is a trademark sound of BWP now.

Massive credit must be given to guitarists Nick and Ash who play out of their skin for the entire album, there are so many exciting hooks and riffs that you feel constantly bombarded. Scatter The Ashes is no one trick pony though and there are enough changes in pace and structure to keep every song interesting and to keep surprising you for 10 tracks. The riff at the end of Casket is made for people to absolutely destroy each other in mosh pits all over the world. Casket also features some of the most memorable lyrics on the whole album with the wonderfully worded line of “release my mind, body and soul, I wanna be the one who’s in control” just begging to be screamed back at Ajay wherever this is played live.

Instead of letting the pace slow down towards the middle of the record, 1348 blasts out of the speakers with perhaps some of the tightest and most aggressive music this band has written; the verse sounds like a power-violence band playing a Neurosis cover. Again at the end of the track, another riff built for people to mosh hard to, although personally I would like it to run for another 4 bars at least.

There is so much that can be said for the musicianship of BWP but what is so impressive on Scatter The Ashes is the performance of front man Ajay. Anyone who has seen the band play live will have been impressed by the live performance he always gives, the guy can control a crowd and run a set like no-one else, but on this record he steps upto the plate and becomes the complete package.

Fallen Apart in my opinion is Ajay at his absolute finest. His voice is so distinctive and charismatic and all of his best traits are laid over this track, coupled with a edgy, chug laden riff it is one of the highlights of this extremely impressive album. Fallen Apart feels like a deeply personal song, from the opening line of ‘Spent my time looking in the mirror, this old man will never change”  to the furious “everything I touch turns to dust” to the mournful “when I’m left with nothing, nothing but myself, I think I realise, what its like to be, dead” it really feels as if heart and soul is being poured into the lyrics on this record.

Closing song Scatter The Ashes is sung entirely by guest vocalist Andrew Fisher of Basement and while the song is one of the best things on the album, I personally would have liked Ajay to have the final word on this record. It doesn’t matter as his job is done and the vocal from Fisher closes the album out in a way that you wouldn’t expect. Scatter The Ashes doesn’t go out with a bang instead it fades out into the darkness, but my god does it leave you wanting more.

This is by far the best thing Brutality Will Prevail have put out and it should be their slingshot into the realms of deserved success. If you listen to one thing this year, make it this album.

Pick it up from Purgatory Records here.