By My Hands – No Hope No Escape 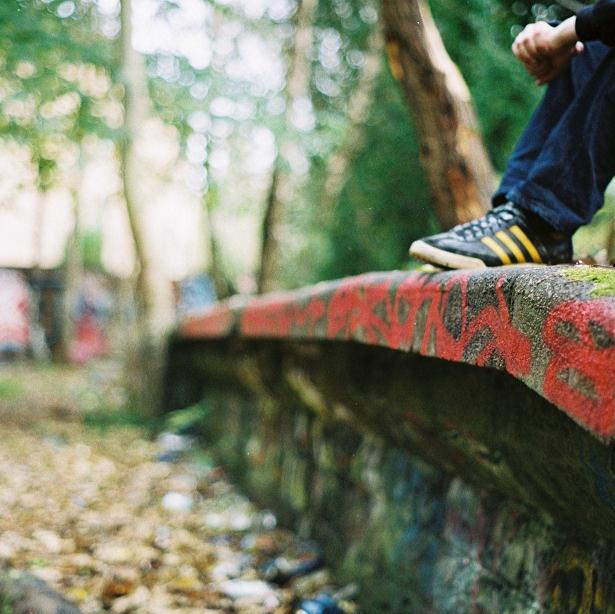 No Hope No Escape is the new 7” on the all conquering Purgatory records by Glasgow’s heaviest, By My Hands. Now, make no mistake, I’ve read just as many shitty band descriptions as you have in my time, but rest assured By My Hands are legitimately the heaviest of Scotland’s handful of hardcore bands, smashing kids across the head with their blunt object beatdown metalcore since 2003 (this might actually make them GHC’s longest serving now too unless someone can correct me on that?). After a quiet period of a few years, the band re-appeared from the wild with last years full length Growing Older, Getting Colder, a mid paced behemoth of a record, and this 7” continues that theme.

Title track No Hope No Escape is a minute and a half of beatdown, suspended notes and gruff vocals that tries to beat your ears into submission and then second track Rust picks up the pace a little, before immediately dropping it back down again for another huge beatdown. Musically, I could compare By My Hands to taking the hardcore sensibilities of Bulldoze, mixed with the tunings of The Acacia Strain or On Broken Wings (without being anywhere as exaggerated as either of those bands). I get the feeling that ordinarily I’d find it difficult to enjoy a lot of the younger bands playing this style of music, but there’s nothing to refine and hone a simple style like playing it for almost a decade, and By My Hands have got this down to an art now. No gimmicks or pretentious OTT attitude, just a beatdown you can bang your head to. If it ain’t broke, don’t fix it, right? Props for the Maggie Bell sample at the end of the second track too, gritty.

Low heavy guitar tunings offer plenty of groove and pace, and final track Hollow has me nodding my head in time to the chug, while there’s even time for a solo before a break featuring Jeremy, from NJ beatdown heavyweights Lifeless on guest vocals, that makes me want to punch anybody within a 7 foot radius. This record pulls no punches, and if you’re of the weedy physique I’d suggest standing somewhere safe when watching them play live, cause if there was a God, this would have been his gym music (and the entire Hatebreed back catalog, of course). Go buy this record, then download the tracks so you can wander around your small town with your headphones in feeling like you’ve just won the world heavyweight title.

Band: By My Hands