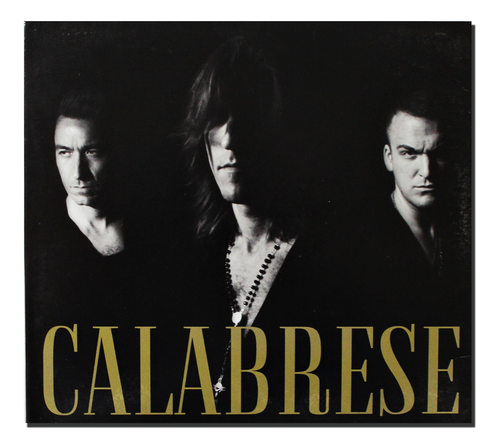 It’s no secret I love horrorpunk. I just love that campy atmosphere most bands have, the happy sounding music with horror inspired lyrics. There’s three bands (next to classic Misfits albums of course) that I’m following for quite some time now and that are among my favorite bands. Calabrese is one of those bands (The Crimson Ghosts and The Other are the other two bands, in case you were wondering). They caught my attention shortly after releasing their second album, The traveling vampire show. The consistent high quality of that release and the records that followed made Calabrese one of my favorite bands.

The band has now released their sixth album, Lust for sacrilege. When I first listened to this album I was a bit shocked. The dark cover of the album is completely different from the colorful designs I loved, which should have been a first clue, but I wasn’t paying attention to that. I just wanted my new dose of horrorpunk, so I was completely unprepared for what was to follow. The first couple of songs I just sat there staring at my stereo. What happened to Calabrese? Well, let’s just say that not only the cover-art is darker, the music is also much, much darker than it was in the past. That’s not to say the old sound is completely gone. Old fans of the band will find a trademark song like Down in misery highly enjoyable and after listening to this album a couple of times I must admit it still sounds like Calabrese. A Calabrese that has listened a lot to Sisters Of Mercy, Joy Division and Danzig’s fourth album that is. Especially Danzig’s fourth album is a good reference point.

Considering how conservative the horrorpunk scene is, broadening your sound like Calabrese is doing on this album is a very brave thing to do. The big question is: is it only brave, or also wise? I’d say ditching the campy side of the band is a wise decision (although I’ll miss it dearly!). They could have released another album in exactly the same style, but that would have gotten boring after a while I guess. Calabrese shows on Lust for sacrilege there are whole new domains to be discovered and conquered. It’s still very early in the year, but Calabrese has already released a contender for best album of the year.