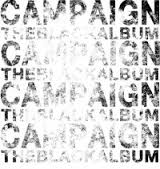 I’ve been listening ‘the Black Album’ for a while now through Spotify. But now that I took the time to write a review about this EP I discovered that the original Black Album differs from the one that is on Spotify. With the artwork being the most notable difference (duh) I cannot qualify one as better or cooler than the other. But when it comes to the music there sure is a difference.

I’ve been listening to a version which has five songs on it being all good songs but I couldn’t make it to the end of the EP. It wasn’t one piece. Just five good, catchy songs. 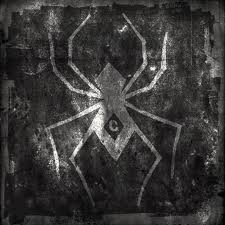 But after a first spin of the ‘correct’ version it immediately felt as one unity, one short melodic hardcore trip. Just the slightest change made it a perfect total. Now I can’t put on this record without listening through the whole thing. Which obviously is a good sign.

The opening of ‘the Black Album’ reminds me of Paint it Black’s ‘New Lexicon’. Which is not a totally weird comparison. Though when the vocals come through they’re more like the Bronx, but a far less aggressive Dan Yemin could (I said COULD!) be heard. Melody reaches its tops at the short but tight guitar solo and hooks during the first two songs and especially at the climax of ‘Slums’. That last bit is a delight for the ears! This Bronx thing gets bigger at the last song. ‘Out of Control’ has a less complex sound which the Bronx frequently carries.

The EP lays somewhere between the Bronx in their faster moments and a bit earlier and tougher Off With Their Heads. As a fan of melodic hardcore you can blindly get this record and you’ll be singing along in no time. But at this moment Campaign still did not release a full length, which is not a bad thing cause these short EP’s can always do it for me. But I did get curious if they can maintain my attention on a full length, and with this a headlining gig! I do hope so!