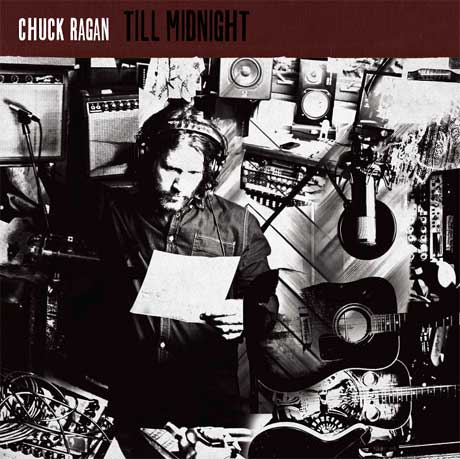 Whenever I’m in the mood for some Chuck Ragan songs I tend to listen to his debut Feast Or Famine or his first live record Los Feliz. I hardly ever make the effort to play one of his later releases Gold Country or Covering Ground. Somehow they are not as strong. So I didn’t have high hopes for Ragan’s fourth solo album Till Midnight.

I did however become more curious after the digital release of ‘Non-typical’ which did sound more exciting and more as a full band approach. Could it be that Ragan stepped up the game a bit?

Nope. Despite ‘Non-typical’ and ‘Something May Catch Fire’ which is also a pretty good song, there’s nothing on Till Midnight that has the same impact as the songs on Feast Of Famine and it doesn’t even come close to Hot Water Music’s latest Exister. Over the years Ragan seems to have lost some of his rawness. The songs on Till Midnight sound way too polished and not that special. I’ll stick with Feast Or Famine.

Label: Side One Dummy