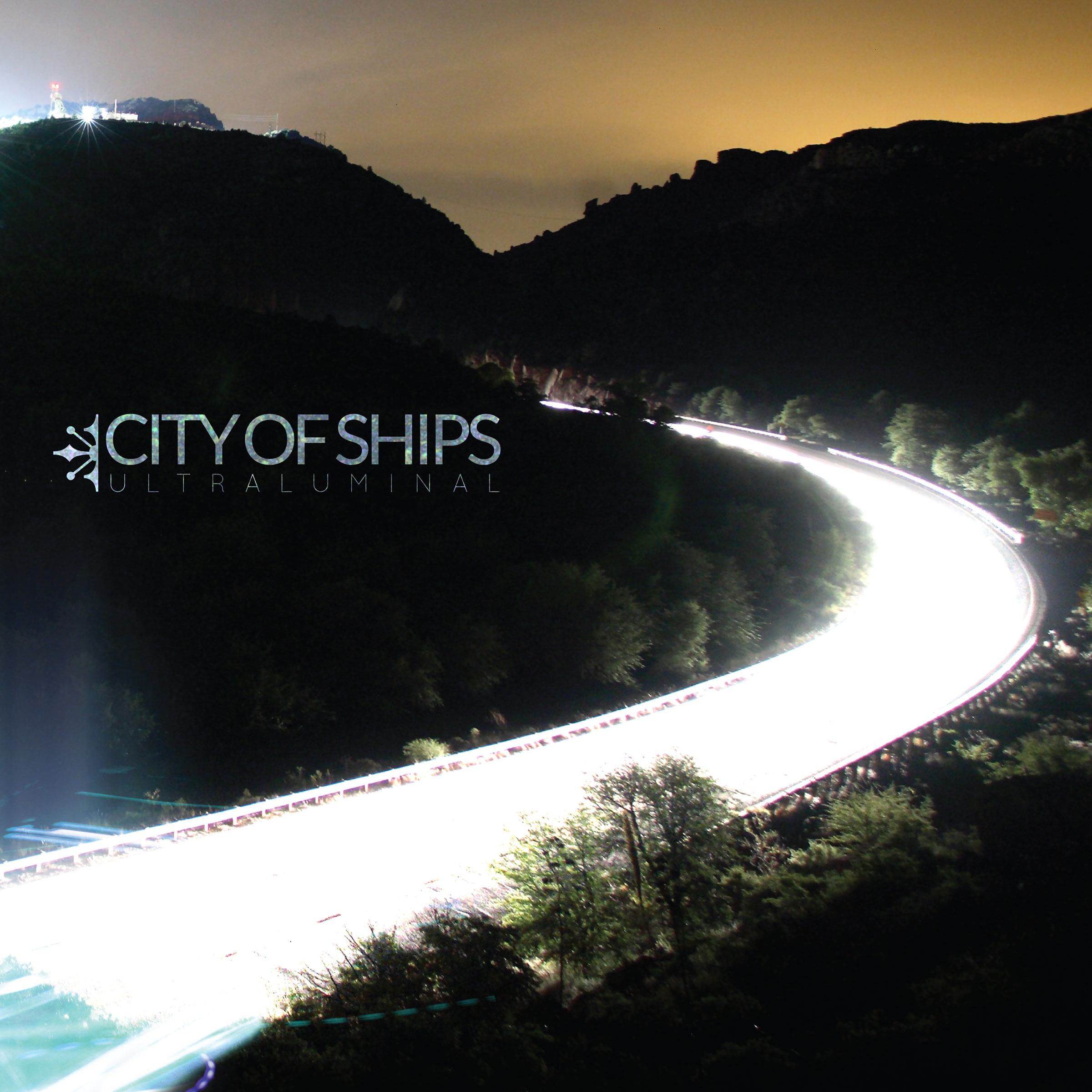 Looking at the City of Ships’ beautiful cover artwork for their new album ‘Ultraluminal’ it turned out the photos are made in Tonto National Forest; a place where your reviewer went during his stay in Arizona. The photos were made by Andrew Weiss who I met in Arizona and his photos have made releases of Pelican and Caspian a catch for the eye. So did he for this album; the road in the middle of the hills is lightened up and it’s the perfect symbol for the positive new approach on the first album since four years.

It is an important step in the career of the underground band. The down-tuned alternative rock always had a gloomy vibe over it. That is mostly washed away now, say hello to the influences of Quicksand, Helmet and a bit of the buzzing spacy Cave In sound. Stayed are the great melodies and detailed guitar inventions during the songs that are the trade mark of guitarist Eric Jernigan. Old supporters don’t have to worry the band’s new jacket doesn’t fit them anymore.

As always the dynamics in the song play a big role too. From dragging parts towards uplifting rhythms (including a vicious solo); the song ‘Illawarra Escarpment’ has got it all. Another big step forward is the catchiness; a song like ‘Lost It’ is stuck in your head forever after the first spins. ‘Hardwired’ and ‘The Old Man’ do the same. Remarkable too is the improvement of Jernigan’s voice. He already had a sparkling warm voice; now he is combining it with vicious outings in the upbeat parts.

City of Ships is touring Europe in April with Junius. Both bands are the new face of alternative rock combining it with great vocals and heavy tuned guitars. They play the Roadburn festival in the Netherlands and it would be a shame if you miss City of Ship’s show in the smallest venue of the festival. It will be for sure a powerful experience from the trio that takes a different take on heavy music.