Client. – Joy is the only treat 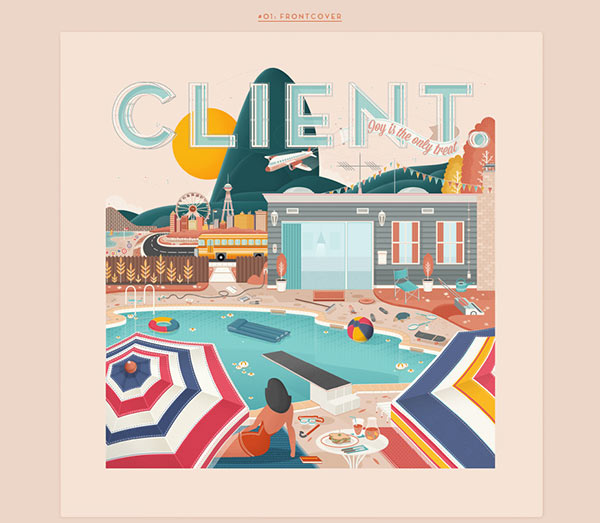 Client. is a German band riding the grunge-revival wave that is going on now. As Pim already concluded when reviewing the I am well Ep you should give this a try if you’re into Daylight (Superheaven) or Title Fight. The release of their debut full-length Joy is the only treat only confirms this.

I could leave it at that and you would have an idea of what to expect, but it wouldn’t do the band justice. There are some changes compared to I am well, although these are really only minor accents. The production is a bit cleaner and in my opinion, better. It fits their sound just right now. The songs sound more mature (translation: smoother songwriting), but also at times a bit more calm. The band still rides that grunge wave, but some songs move more into the alternative rock scene.

Pim’s feedback on I am well concerned the lack of a sound of their own. Unfortunately I have to conclude that that’s still the case. Client. doesn’t have that little extra that makes them stand out (yet). That leaves us with another solid release that you need to hear if you’re into the scene.