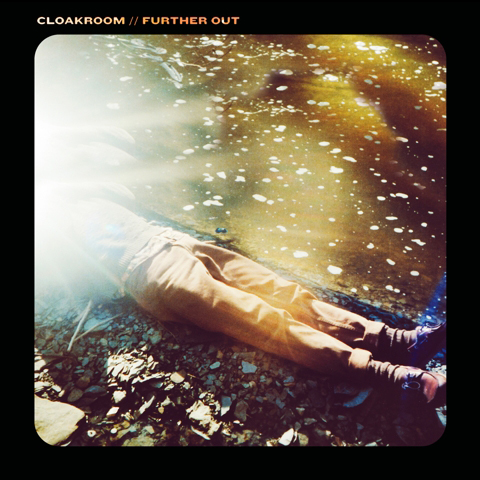 Hailed by Pitchfork as one of your new favorite emo bands, described by some as Pedro The Lion in a metal mood, stoner emo or the new Jesu, Cloakroom have been making a name for themselves for a couple of years now. Further Out is their debut lp and not something I recommend listening to while burning those holiday calories.

‘Outta Spite’ is one of the few tracks on Further Out that could be described as uplifting. Most of the songs on this lp however are of the slow rather depression kind. There’s no lack of bands coming out of the hardcore scene and shifting to a slower, 90’s alternative approach. The new Title Fight seems to be going that way as well, but most of them don’t manage to catch that emo-vibe like Cloakroom does. At the same time a song like ‘Moon Funeral’ is something a lot of stoner bands would love to have on their setlist.

Further Out is a record for special occasions. Put this up if you want to kill a party before it starts, if you want to just sit by the window and gaze out. There’s a lot happening but you’ll have to sit down and really let yourself discover just why Cloakroom might become one of the most talked about bands in 2015.