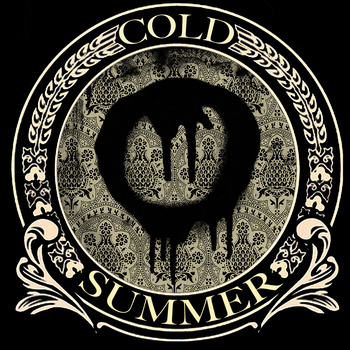 When I read the promotional text “rock / post hardcore band in the vein of Thrice, Poison the Well, La Dispute and Touche Amore” I was looking forward to review Cold Summer’s self-titled debut album. To be short they are not even allowed to kiss the feet of these bands. These average songs feel like a cold summer.

When I received the package of the CD it contained a biography of four (!) pages. That seems like a band that’s already long running or achieved a lot, in fact every fart or download success (1000 downloads in Canada in the first week) is put in the description. Who cares! The thing that counts is the music on the eight tracks disc. The first tracks ‘The Fallen’ and ‘Waiting’ are the best songs with the catchiest tunes and a flow changing between rock music and screaming post hardcore. Nowhere can I hear Thrice however there is some La Dispute and Touche Amore in between the standard melodic rock/post hardcore.

In ‘(Car Crash in Progress)’ the unstable drums are annoying me; especially in the intro. Cold Summer tries to build up a song towards a climax but fails and I have no idea what the drummer is doing. The album only lasts for 24 minutes and that’s including an alternative version of ‘Waiting’ on the piano that’s put before the last two songs. The band didn’t have more material?