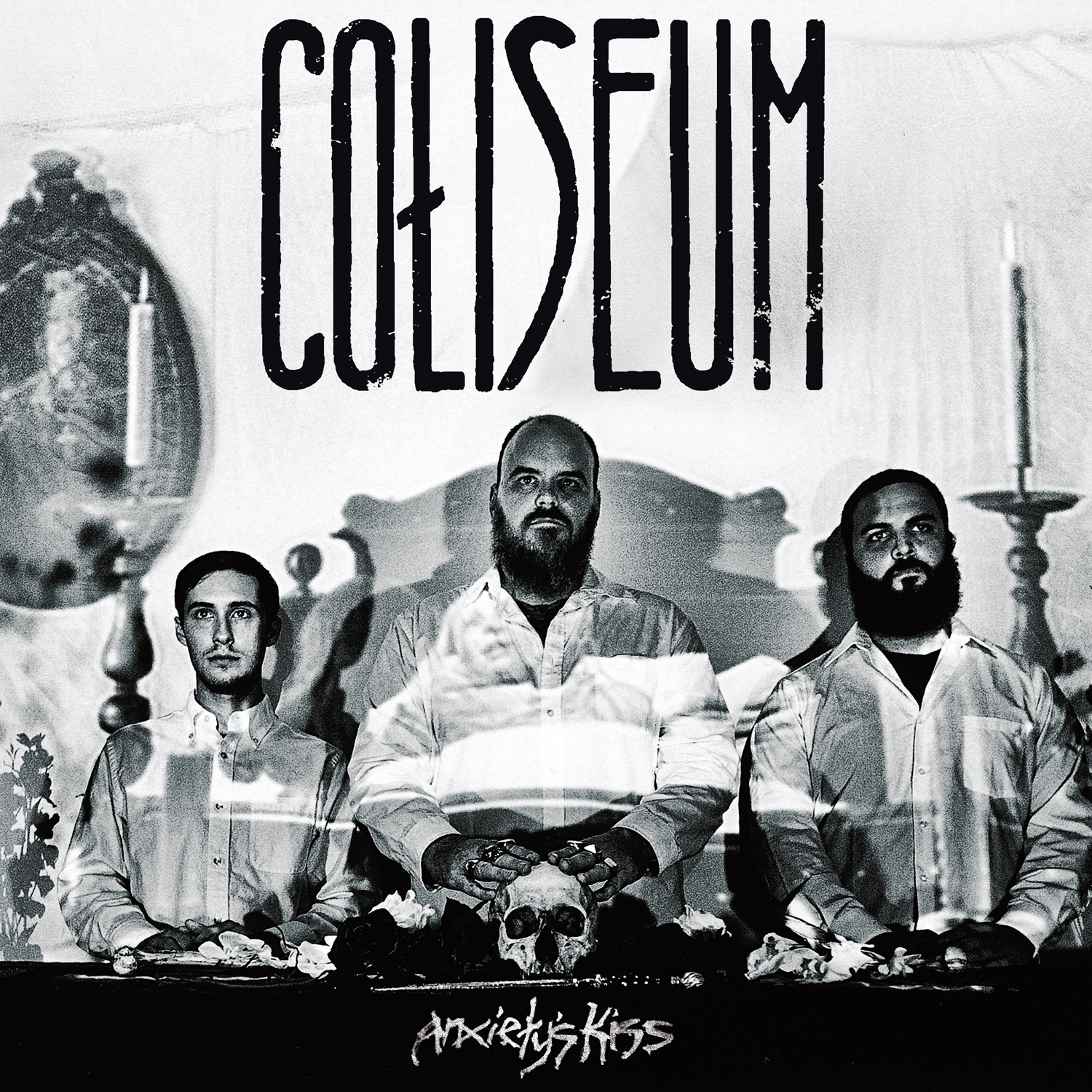 Some people don’t like change. Some people don’t like Coliseum for that reason. While their musical evolution from a wild guitar band from ten years ago to what they are now might not have been awesome all the way, the band keeps on growing. On their new album Anxiety’s Kiss, that becomes clear as snow again. Listen to opener ‘We Are the Water’ for instance. Nobody will ever use the (faulty) description of sludge metal to describe the output by Ryan Patterson again.

Reasons why this album is better than predecessor Sister Faith include the fact that the trio wrote and recorded together and as a band, while the addition of new members last time meant that Patterson wrote everything solo. The few years together clearly straightened the bond between the thee musicians. Elements from post punk or goth rock have finally found their fit into the overall sound by the band. It could take awhile to appreciate the album fully because of the variety (listen to ‘Comedown’ and ‘Driver at Dusk’ back to back for instance) but in the end it works out because the overall feel is the same: anxiety in a post punk jacket without the d-beat hood up.

While some may lament the unrestricted fury of the early days, this may very well be the breakthrough album for the group because for the first time, they have managed to blend everything that makes them great together in a cohesive forty minutes.