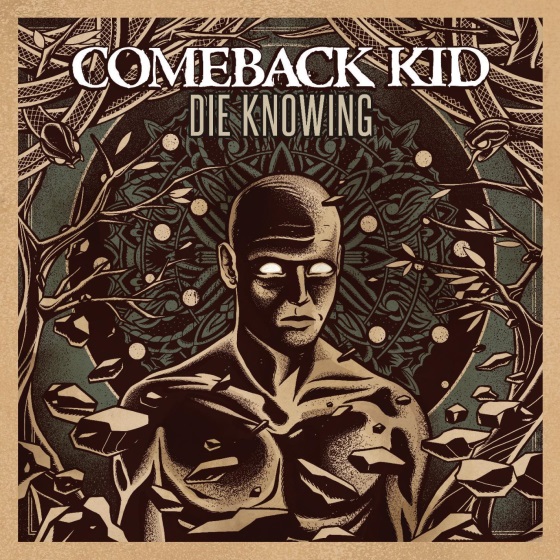 The third album from Canadian hardcoregroup Comeback Kid with Andrew Neufeld is their best yet, but not their most spectacular. Neufeld has grown immensely since Broadcasting, on the titular first track he spits full of venom and showcases his new found vocal range while also serving as sort of an intro to the album. And for everyone who still clings on to former vocalist Wade, the song ‘Full Swing’ features both singers and clearly sees Neufeld as the superior.

But there is another important element to the sound of Die Knowing. The band has gone into a more metallic direction, almost completely doing away with their hardcorepunk infused songs that brought the group their first succes. Tucked at the back of the album a few of these tunes spring up, lightening the darker metallic mood. ‘Sink In’ is one of the best songs, but doesn’t really come to full light as a closer.

While being a better album than the two predecessors, Die Knowing sees Comeback Kid turning slightly into another musical direction, one that is not as exciting than what they played before.