Comity – The Journey Is Over Now 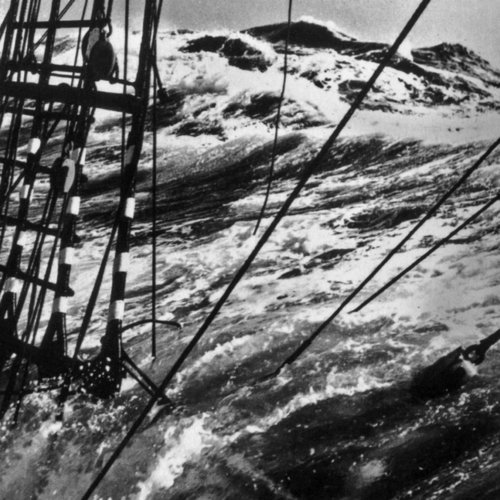 In a time when Dillinger Escape Plan released their second album and bands like The End, Ion Dissonance and Burnt by the Sun came up, Comity released the album ‘As Everything Is a Tragedy‘. In the best mathcore tradition with spun out parts that’s one of those albums you have to pick up from the distro cheapo setions at metal and hardcore festivals.

Six years later the band is releasing their next album, four songs in fifty minutes and again a shuddering mix of hectic dissonancy and heavy, slow parts not unlike Starkweather. It takes some time to digest this huge pile of meat and this directly begins in “Part I”. After a minute of guitar feedback and screaming all hell breaks loose with loads of dissonant guitars. Towards the end the chaotic intensity goes into uncomfortable territories.  Different music perhaps, the atmosphere and chaos is similar to the forgotten band Daughters. You don’t expect it when the tempo goes down and a melody typical for a screamo band pops up.

“Part II” starts like all instruments are thrown on the floor. Out of the ashes slowly a song structure arise but not for long as the rock n’ roll on steroids continues. Pfff, after five minutes finally some quiet moments arise and these continue in “Part III”. Subtle electronics evolve into acoustic guitars that are the base for the rest of the song. With weird guitar effects in the back and the lively drums the instrumental song never becomes boring. Really original!

“Part IV” is 22 minutes long and a candy store for those into freaky screamo and good old mathcore. The first part maybe, the second half slowly goes from melancholic guitars to tension mounting moments not unlike Oxbow to finally erupt in a grand screamo finale. This song feels like The Chariot has taken Funeral Doom band Esoteric’s approach to create songs.

‘The Journey is Over Now’ implies this is Comity’s final statement. I can totally imagine this monstrous creation feels like the endpoint of the band. They can be proud of it, it’s different from what others did and no one will ever dare to copy it! Be aware this album is only suitable for those into the experiment on the edges of rock, hardcore and metal.