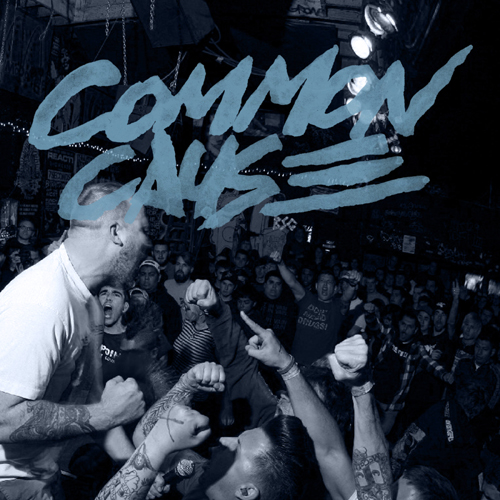 If there’s one foreign band that had a huge impact on me during the heydays of the second wave of youth crew hardcore, it wasn’t Floorpunch or Ten Yard Fight… It was Germany’s Eyeball. Their songs on the For The Sake Of Dedication LP are just so good and their EP still rips today (I never was that much into the full length to be honest).

After Eyeball frontman Daniel Frankowski moved to Norway and teamed up in bands like Damage Control. Common Cause is the first band he sings in again and this EP is the follow up to the Power To Change LP the band released on Powered Records in 2008.

Fortunately the band hasn’t changed much since that record and in fact Common Cause has much in common with Eyeball as well. Musically both bands tap into Youth Of Today’s history though Common Cause is a bit slower than Eyeball were at their peak.

Frankowski was never the one to write great metaphorical or emotional lyrics. Just like the music the lyrics are clear and to the point without added bullshit. For example What’s Right deals with the image of beauty we’re sold by magazines and movies. And Compassion is about the lack of compassion in much of today’s society.

This EP doesn’t have the impact which Eyeball’s Talkin’ Straight EP had on me. Not because Common Cause is a lesser good band, more because at the time Eyeball released their record youth crew hardcore pretty much was my life. Nowadays it’s a part of my life, amongst many other things.