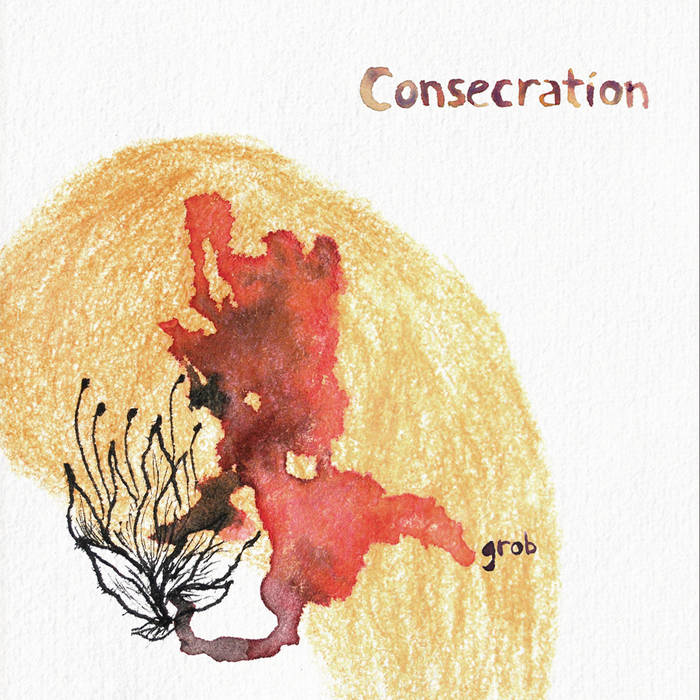 December 2013. I was visiting the capital of Serbia for a couple of days. I met Aleksandra Rasulic (who I met previously at the Incubate festival in Tilburg) and she played the music of Consecration on her computer. I really liked the mixture of Progressive Rock and Post-Metal; especially because the band is mixing both genres in an unordinary way.

October 2015. I received the album ‘Grob’ and after reading the biography (the name Consecration vaguely rang a bell) I was with my mind back in Belgrade. First I was surprised Aleksandra Rasulic took care of the artwork. It seems to be a flower portrayed on a part of the globe while stains of blood are also around. One of my memories of the city of Belgrade were bombed flats, are the stains of blood remains of those tragic moments? Is the music a remembrance or acceptance of this black period of Serbia?

I don’t know, however the music of ‘Grob’ don’t bring terrible feelings; instead the music feels positive and has lots of hopeful moments; if people are fighting their way back into life and looking forward to happy side of life. The album can be seen as one 47 minute track where a lot happens. Never I had the feeling a part feels uneasy; the band has shaped the five tracks in a dynamical way. Added to the standard music instruments are a trumpet and an accordion that pop in at the right moment.

Consecration doesn’t need these instruments to convince; just like Porcupine Tree they build up a progressive rock part until a climax or later start up a sludge riff that burst out into heaviness or move into a sea of ambient. Aaron Harris from Isis knew how to mix it in an organic way so the band was sure every instrument is in balance and James Plotkin used his mastering skills to make it a powerful album. People who like forward thinking metal and rock should step on the ‘Grob’ journey and will think there is more to discover than only Balkan beats.