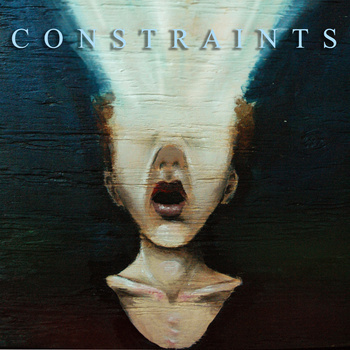 There are vocalists you love or hate, there is no in between. Examples from the past are Mark Scondotto of Shutdown and Don Foose of The Spudmonsters. A more recent example is Tony of The Effort and it’s safe to say we can add front man Cody of Constraints to the list.

Though I never heard of this Canadian band before, the FFO: Defeater, Verse, Modern Life Is War tag sure got me interested. Music and lyrics wise the band definitely falls into the newer melodic hardcore category, it’s the vocals that make them stand out for better and worse.

The high pitched screaming reminds me of some of the old H800 bands who never were as good as the what I would call the big two being Liar and Congress. To hear this type of style being done over melodic hardcore instead of metal riffs was something I had to get used to. Which took me four, five songs.

Lyrically the band is basically about Cody’s life and his difficulties; growing up poor and in the slums, having an alcoholic father, dealing with a divorce and broken family, bullying, and other challenges, and overcoming them. The lyrics are litttle stories and pretty good.

Based on the material I’ve heard so far the band will never be a new Defeater (the record is produced by Defeater’s Jay Maas) or Have Heart mainly because for every fan there will also be a real hater who can’t stand the vocals. The other thing that stands in their way of world domination is the lack of a sound of their own. Constraints do nothing you haven’t heard before the past five years.

I can’t predict the future but with the right label and right touring Constraints definitely could become a band lots of people like, without earning the hearts and minds of people connected within the hardcore scene. A bit like This Is Hell.