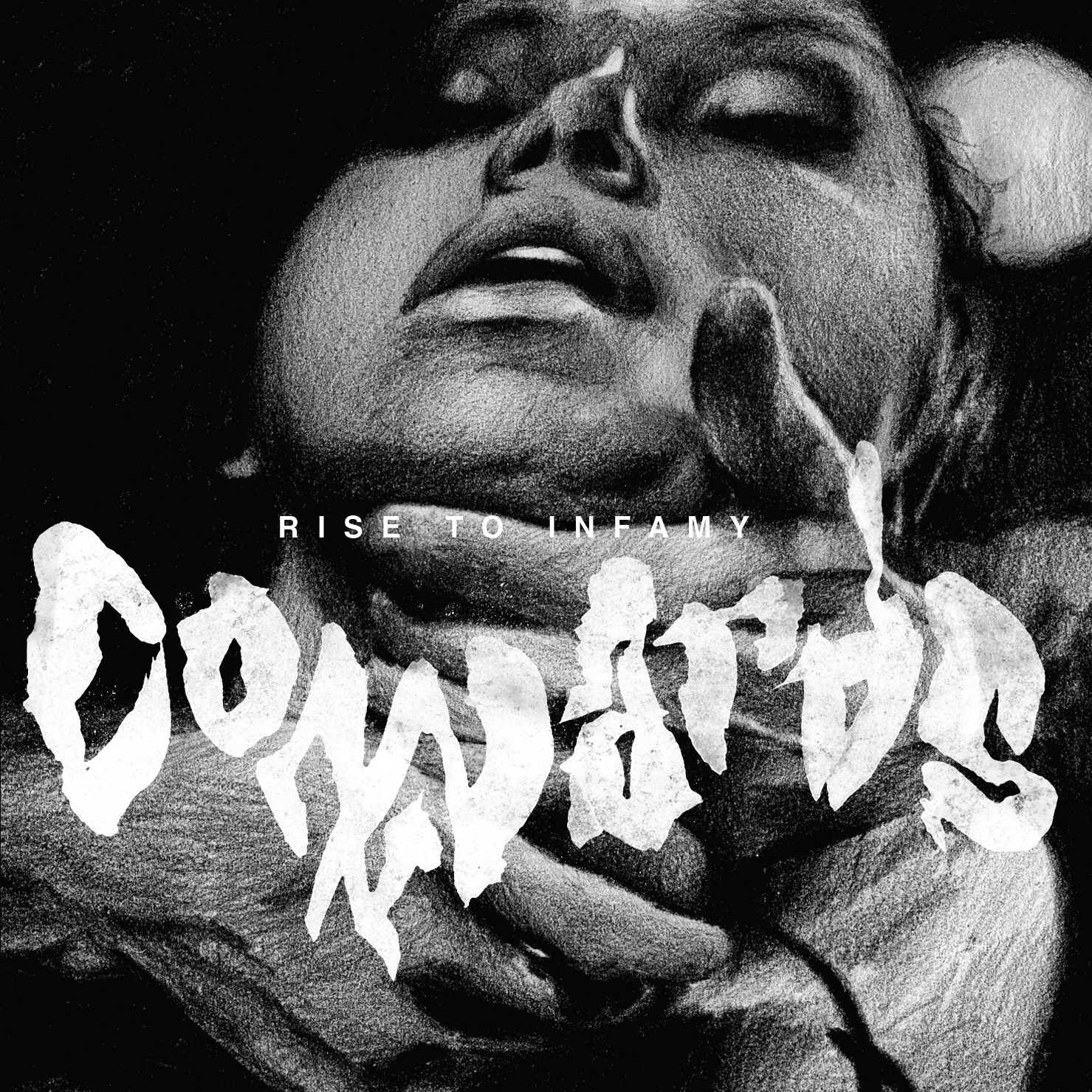 In the haze of the terrorist attacks in France at the office of Charlie Hebdo I am reviewing the new record of Paris most gritty band: Cowards. When Kickback stopped being active these greasy guys took over. The album Rise to Infamy still has a lot of hints towards the infamous Parisian metallic hardcore sound and is also expanding their look into the Sludge and Black Metal territories.

Whatever your background is (metallic hardcore, black metal or sludge); this album makes you pissed off and you want to punch ever stranger in your way in the face. Many people need to release their anger and this album is the perfect one for it. The voice of vocalist Julien Henry is as vile as Stephan Kickback’s voice; full of hate, full of anger as it must be in this genre.

He has the perfect musical background with dissonant riffs, noisy feedback, brutal riffs, destructive breakdowns, icy black metal parts and the occasional sludge doom to keep up with the no future idea. If you want your music negative with loathing hate Cowards is your band. One of the greatest songs is ‘Bend the Knee’ but all songs are breaking faces and knees.

There is an urban coldness around ‘Rise to Infamy’ and the record also is the perfect soundtrack for the state of the world today. There is no future; there is no hope in humanity. Society has grown apart and everyone hates each other. Step up to the level of violence with Cowards. The pleasure of listening to Rise to Infamy will grow and grow and this is finally a band who took over what Kickback has left behind.