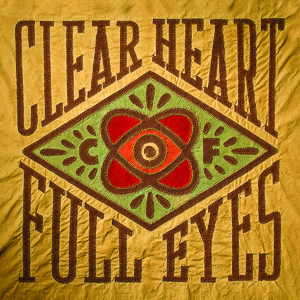 A couple of years before everyone hailed The Gaslight Anthem as Bruce Springsteen’s ideal sons the same thing was said about The Hold Steady. Somehow the band never managed to gain the same status as The Gaslight Anthem has today, being able to sell out the bigger venues in Europe and playing some of the most established festivals.

2010 wasn’t the best year for the band with multi-instrumentalist Franz Nicolay departing just before recording Heaven Is Whenever to pursue his solo-career. Most reviews for that record weren’t as raving as they were for previous records and some predicted the end of The Hold Steady. 2011 saw front man Craig Finn doing a tribute to The Replacements and entering the studio for his first solo record Clear Heart, Full Eyes.

One of the most important aspects of The Hold Steady, to me, has always been Finn’s lyrics in which he struggles with religion, sings about the life of common American losers, hardcore matinees and how Youth Of Today and 7 Seconds taught him some of the most valuable lessons.

‘Apollo Bay’ the first song of Clear Heart, Full Eyes sounds like something new and different if compared to The Hold Steady:

Still with songs like ‘When No One’s Watching and ‘No Future’ is back on familiar ground musically and lyrically quoting Johnny Rotten and namedropping Freddie Mercury.

As this is a solo album the music is less intense and sharp than that of The Hold Steady, yet Finn never goes for the whole acoustic approach, there’s a band backing him up all the way. And that’s the only big ‘problem’ I’ve with this record, some songs would have even been better with a Hold Steady approach, I think. But that doesn’t mean Clear Heart is less good than the material Finn released with his band. If anything one can only hope that The Hold Steady will come out rocking and blazing on their new record as Finn seems to have find the right space for his more introspect stuff. If that happens everyone’s a winner.