Crucified Barbara – In the red 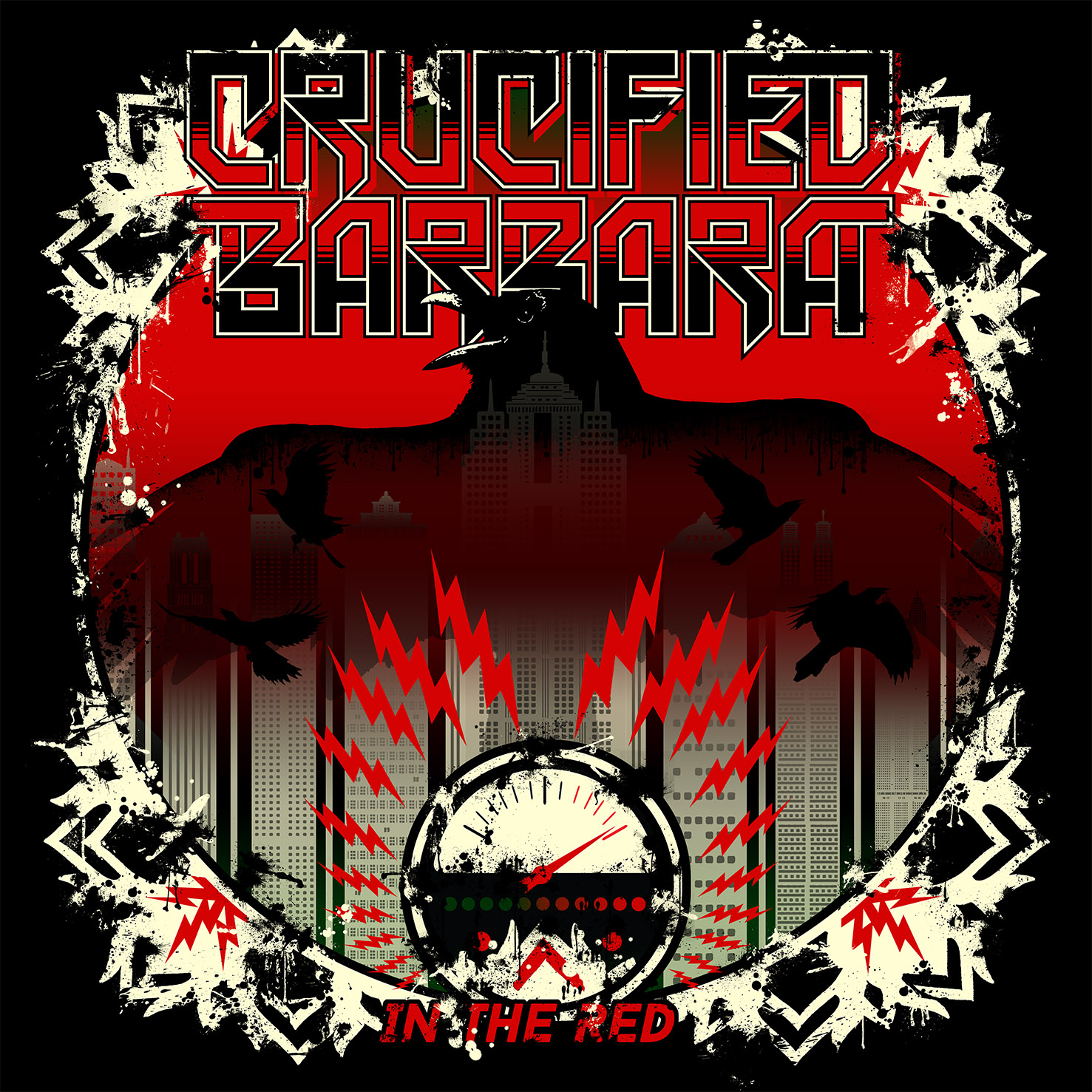 Ah, a new Crucified Barbara album. That’s always good news. This is their fourth album so far. I learned about their existence when my best mate invited me to one of their shows. That show was part of a tour to promote their second album Till death do us party. That show got me to buy their two albums and pre-order their third album The midnight chase as soon as the news got out there was going to be a new album. The first albums where filled with hard rock with a little bit of a punk attitude and a metal edge. Nothing original, but it rocked like crazy. The energy these ladies transfer with their music is just insane! On The midnight chase the band leaned a bit (just a little bit) to their metal roots. The album just didn’t have that certain swing this kind of music needs. It’s a good album, but I liked the other two better.

Then the news came a fourth album was to be released. Again, without a doubt I pre-ordered the album, but this time I was a bit nervous. Would the band be heading down that metal path they walked on on The midnight chase? If so, this would be the last time I pre-ordered a Crucified Barbara record (ha, that will teach ‘m!). The band didn’t continue in the vain of The midnight chase I discovered the second after I pushed play. Sell my kids for rock and roll comes thundering out of the speakers rocking like nothing else matters and the metal influences are pushed to the back again. This makes this an album that is easily enjoyable.

This type of music is difficult to record as this is the kind of thing you need to experience live. Capturing that live feel on tape is extremely difficult. Crucified Barbara have done their best job so far as this album feels really natural and is really intense. Unfortunately it still doesn’t capture the feeling of seeing them live.

Something that is different compared with previous albums is the absence of a ballad. On all three previous albums the band showed their softer side by adding at least one ballad to the mix. This time there’s no room for that. Only full out rock. Changing tempo’s between songs makes sure you won’t get bored during the album. What stayed the same is the voice of singer Mia whose voice is cut out for this kind of rock. Clear but with that little rough edge that makes it sting a bit.

In the end this is the kind of music you want to see live and I can assure you, Crucified Barbara delivers live! When their set is finished you’ll be smiling from ear to ear. If not, you might want to check if you still have a pulse…