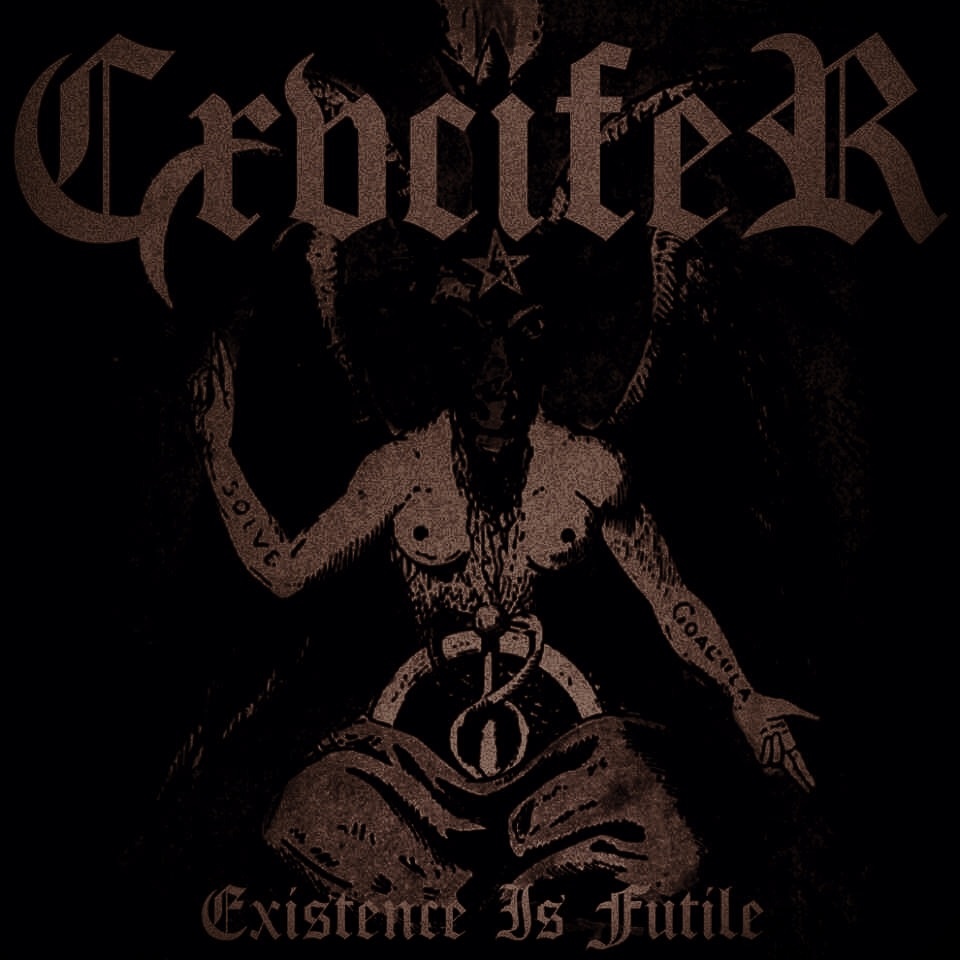 Allright, another band that missed the invention of the letter U (seriously, what’s up with that?). Or not, ’cause they seem to know the correct usage of said letter in the title of this EP: Existence is futile. It should give you a first idea of the scene this band moves in. On their facebook they state “For fans of Entombed, Nails, Harm’s Way, Xibalba and more”. I can’t say I disagree with these lads. Especially the “and more” part I recognize. I’m constantly reminded of Born from Pain with a little bit Pro Pain influences and the singer of Gorefest singing along now and then (especially at the start of Filth). Replace the lyrical content you expect of Born from Pain with dark stuff and you’ll end up with something that sounds a lot like Crvcifer. Sounds good, doesn’t it? Add a crystal clear but heavy production to this already explosive mix and you’re good to go!

Unfortunately there’s also a couple of things that are not that well executed on this EP. Bottomfeeder, the second song, starts of promising, but has a bit of an abrupt ending that makes it feel like this song is still unfinished. It would explain why this is by far the shortest song on here. Then there’s the title track. Again, this song starts of promising with it’s harsh mix of metal and hardcore elements, but then, around two minutes in the song they add a break with a…. well, I guess it’s some sort of solo? This bunch of feedback lasts only 15 seconds or so, but it’s enough to ruin this entire song for me, even if the band picks up the pace right after this weird break.

Considering the fact  that, according to their facebook bio, Crvcifer formed in September 2013 I’d say it’s pretty impressive what they recorded so far. With the flaws mentioned above though, I’d say they had better spend a couple days extra finetuning their songs. There is potential here, but I doubt I’ll listen to this release very often. Do you enjoy the bands mentioned in this review though, give these guys a chance and download this EP from their bandcamp (name your price).