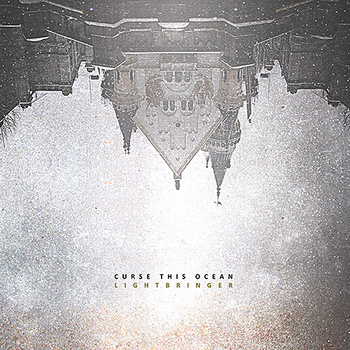 Although I can appreciate an intro that sets the tone for the album to come I totally dig it when a band just starts playing, not giving you even a second to think on what’s coming. That’s just what Curse This Ocean does on their debut full length album. There’s a short countdown after which they open the record with a killer song, no intro whatsoever. The pace is set and Curse This Ocean continue with another song in the same vein that reminds me of Cursed and Converge. After these two fast tracks  things start to slow down a bit as some sludge influences are added to the mix, but then… “XIII” starts. A lot of feedback and getting you ready for a whole different beast after this.

The remaining songs are slower, heavier and a bit different from the songs that precede them. The band even enters post-metal territory here and are doing a good job at that. Throughout these songs they keep your attention (which is a big trap in the post-metal genre). The song order is worked out well: one blasting fast song is located amidst the slower songs. Don’t get me wrong, the slower songs have enough tempo changes and that certain mood that grabs you by the throat not to let you go until the song is finished. You’ll not get bored listening to these tracks. But you’ll find yourself at the edge of your seat after “Among The Wolves”, a fifty seconds rager of a song, blasted through your stereo.

Something that definitely needs some extra attention are the lyrics. English is not the mother tongue of this band and this is notable. The lyrics miss flow in some lines and the choice of words seems a bit off at places, making it sound a bit awkward. If you, as listener, are bothered by this, I sincerely apologize for pointing out this minor problem.

All in all this is a solid debut from this band. I’m curious to see in what direction this band will develop, because what they bring to the table this round sounds promising.