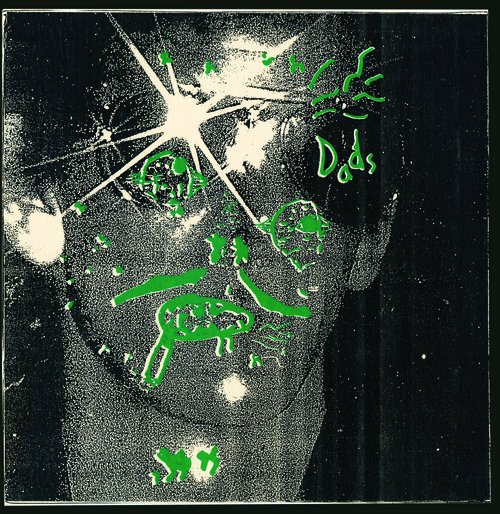 There’s a bunch of bands called Dads and they are all weird. This ensemble may take the cake on that one, hailing from Tampa in Florida, they make something akin to noize, fuzz and the Grateful Dead (apparently). Their debut is called Invisible Blouse.

So, two of the members play in Merchandise. This formation has little to do with that sound however, it’s rough, distorted and noisey sounding rockmusic that pretty much blows you away. They have a tendency to describe their own music rather cryptically, apart from that the band remains a bit of a mystery.

That results in two songs on this release. ‘Invisible Blouse’ starts slowly, jangling and hacking away on the snares, creating a heavy buzzsaw drone sound with frantic drumming somewhere in the background. When the screamed vocals burst out, the noise gives way and the band breaks loose. Lasting a bit over two minutes, the song feels a bit halfway finished.

‘Homo Concentration’ has primordial grunting vocals with slow, hectic beats that seem to really go nowhere. This one’s not much longer, just a lot of fuzz and distortion going on.