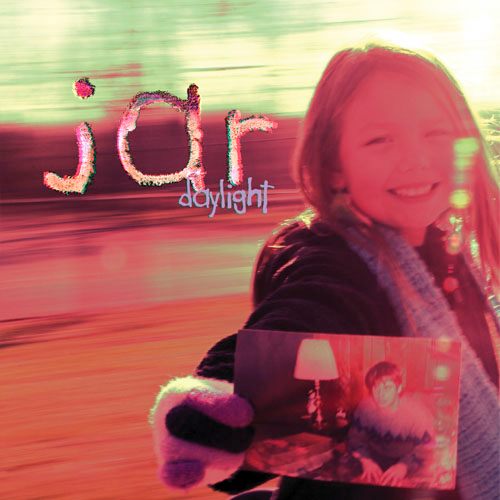 Daylight’s debut album Jar was to be released April 30th, but was released earlier as it had already leaked. After a couple of EP’s this album was something a lot of people were looking forward to. Time for Dennis and Pim to see whether all the anticipation was justified.

Pim A couple of months ago I went to see Make Do And Mend play a small bar in Eindhoven. A band I’ve heard mentioned here and there, but never properly checked out, opened. Turned out they were the best band of the evening, to me at least. Their 90’s alternative influenced punk rock got me hooked the minute they started playing. They, and Off With Their Heads, are my ‘you’re-late-to-the-party-Pim’ discoveries of 2013. When and how did you bump into Daylight Dennis?

Dennis Every now and then I browse the internet for new music. Checking stuff out on youtube and bandcamp. Usually an evening like that starts by clicking the first song someone posts on facebook. And usually within one minute I’m on to the next song. This time I clicked a video you posted. It was a Daylight song. After listening to it I checked out the whole album. So I guess you’re to blame for me listening to this… Hope you will learn to live with this!

Pim Haha, I didn’t know that. Cool. They remind me a bit of a mix between Title Fight & Silverchair (I’m not hearing Nirvana in there, like many others do). How would you describe them?

Dennis Well, that’s kind of difficult. They have grunge influences and that was never really my scene so it’s not that easy for me to name a couple of bands. Somehow I was reminded of a videoclip I’ve seen ages ago though. It took me a while to figure out which one, but it’s Pist*on (the Grey flap video). And I hear some Weezer influences as well, just check out “Hole in the ground”. I guess I have to agree with the Silverchair reference.

Pim Let’s agree on it sounding 90’s then. So, about the new album. In comparison to the older stuff it’s a bit slicker. But luckily far from too slick.

Dennis Slick? Are we listening to the same album? This is well produced. I can’t compare it with their previous material, so I won’t go into that. I do feel that this kind of music needs a good production to really shine. A thick, but not overproduced sound. That sound is captured well I guess. What are  the stand-out songs for you?

Pim SlickER. I even said ‘far from too slick’. Pay attention Dennis, pay attention. I too love the production. As for stand out songs.. Hmmm… I love how the record starts with the massive sounding drums. The muted guitar parts in “Life In A Jar”, the vocals in “Sheltered”, the slightly rawer vocals in “Last October”, the “Youngest Daughter” that really reminded me of Title Fight “Head In A Ceiling Fan”, the uptempo groove & great vocals of “Knew”. I know I’m pretty much pointing out every song, but I could go on and on, there are so many highlights. Awesome record.

Dennis Haha, yes, every song on this album deserves attention. My absolute favorite track must be “Outside Of Me”. It has this really good vibe going on that I totally dig.

Pim But hmm.. we kinda totally agree on this record don’t we?

Dennis I’m afraid we do. I wonder: with records like this, Title Fight and Basement, are we talking about a revival of 90’s music?

Pim I REALLY hope so.