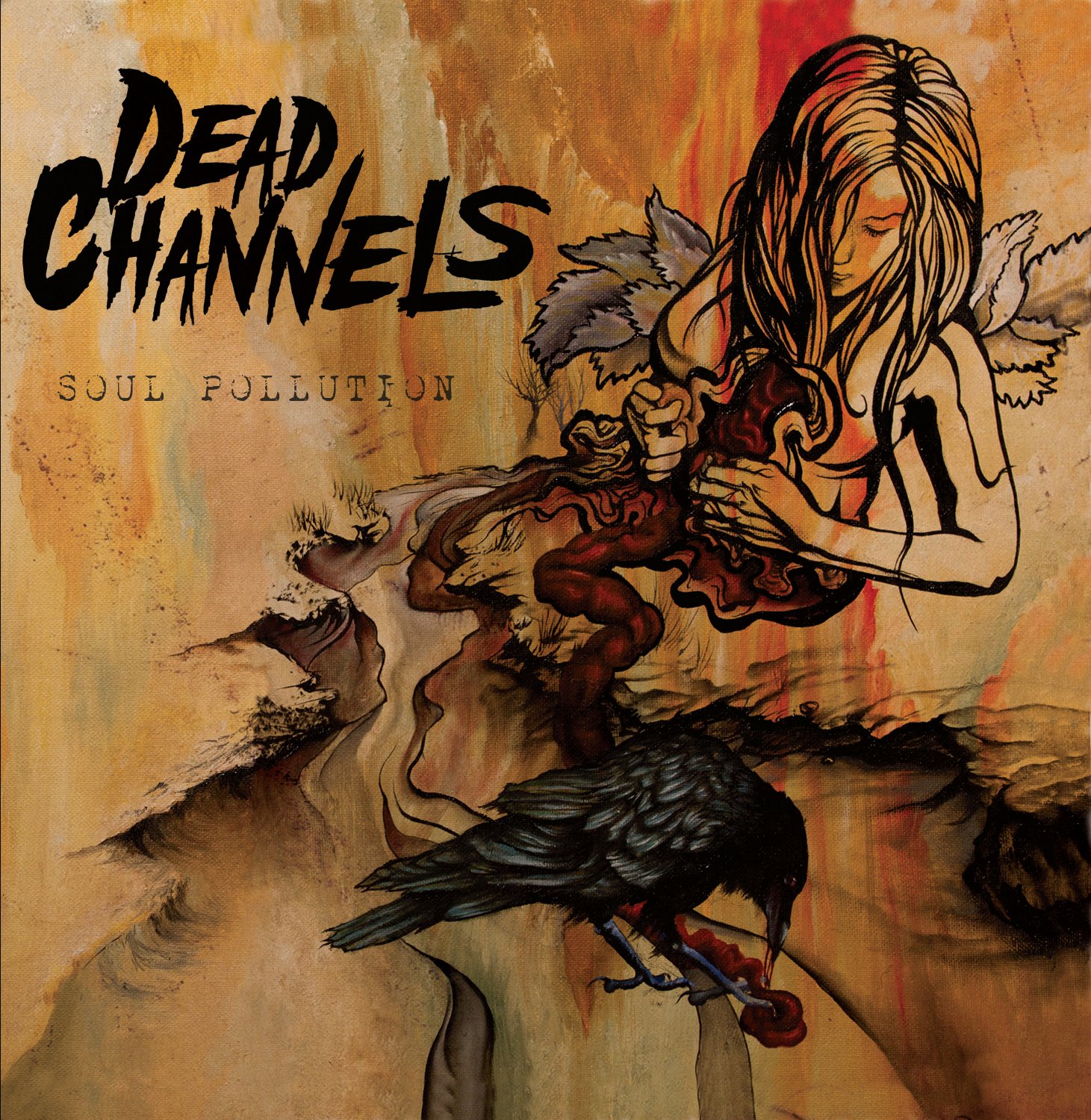 So let’s see, what do we have here? Dead Channels contacted me pretty much the first day this site went online. I never heard from them, but I read that they hail from Warwick in the United States, have been around since 2008 (maybe even earlier, but that’s when they put out a demo) and they’re a 3 piece. Oh and that they preferred people banging their head to their music over banging our girlfriends. Right. So I did click the link to their BandCamp without having any idea what to expect. When I heard the first song I knew I was going to take care of this one though. “Yes, you can send me  your CD. I’ll review it personally.”

One name that immediately came to mind when I checked out this record was Blacklisted. Probably because of the vocals, you know those of the screaming kind but still melodic in a way. Music wise it’s a bit different though, some more ‘technical’ parts, but luckily never over the top, because I can’t stand those bands that forget about the song and only want to showcase their ‘talent’ (to ruin a song). There’s lots of grooving parts to bang your head and they have some more instrumental parts in songs. They even have two instrumentals on the record (“Conversion Syndrom” and “Soul Pollution”). I always see people point out those songs they like the least on a record, but most of the time I really like them, they’re controlling the pace of the songs, of the record. Maybe not the best to listen to separately, but in the flow of an entire record it makes perfect sense.

I might have mentioned Blacklisted, but that doesn’t mean they’re a Blacklisted copycat or anything. That’s just me, making (maybe horrible) connections. Trying to describe what they sound like. They have a sound of their own and I love it. It’s always great when a band that you never heard of grabs you by the throat and Dead Channels did just that. Thanks. Doesn’t happen that often. I’m going to keep an eye on them from now on and I’m sure there’s more people out there who dig this kinda stuff. Give it a try.

Oh and it seems they don’t have a label yet. So if any labels are reading this that don’t know on what band they wanna waste their money next, Dead Channels might be interesting.

Listen to the record yourself right here: