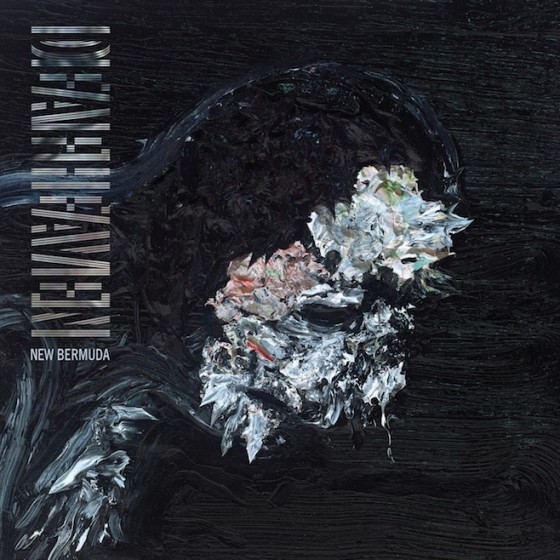 Sunbather was one of my favorite albums of 2013. Deafheaven polarized black metal fans with their pink cover and take on the genre. It was haunting but also beautiful. With their new album New Bermuda the band went into a more black metal direction, but at the same time managed to keep their original take.

Both vocally and musically the band has taken harsh steps. Singer George Clarke sounds angrier, harsher and more upfront in the mix, while guitarist Kerry McCoy opens up and lets out his inner Morbid Angel fan while he shreds with muted riffs. Just listen to ‘Baby Blue’ for instance.

More than on Sunbather are the clean parts interwoven in the songs, without feeling like intro’s or intermezzo’s. Song structures seem to be layered more, as if they were post-rock songs but ultimately erupting into black metal torture. “Surrender to blackness’ sings Clarke in ‘Brought to the Water’ and that is very representative of the overall mood. But the darkness of New Bermuda is both lifted and enhanced by the quiet parts, the second melodic part of ‘Come Back’ or the piano work of the opening song, the acoustic guitar that opens ‘Gifts for the Earth’.

It may take a while for all the different elements to sink in, But Deafheaven has chosen for a creative record, not simply rehashing their previous ideas. And that has led to an outstanding piece of work.