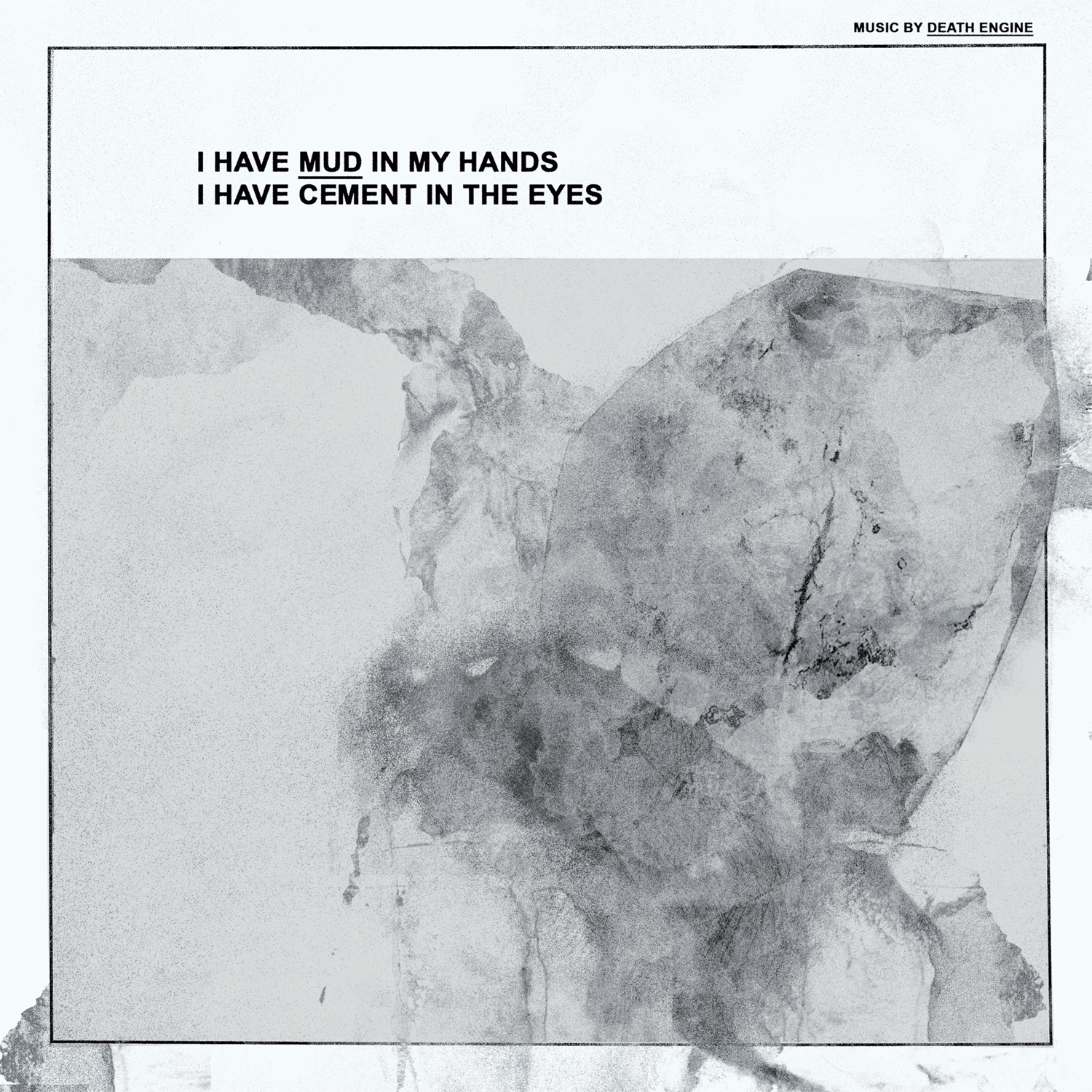 Death Engine’s first full length album ‘Mud’ has “I have mud in my hands I have cement in the eyes” written on the cover. When I put on the record the cement parts are floating out of my speakers. The noisy and vile sound is not only like cement in the eyes; it also feels as cement between your teeth.

The melancholy, raspy vocals and dissonant riffs remind me off Converge. Especially the slower songs, because Death Engine stays in the mid-tempo field of noisy hardcore & rock. Repetitive drums and desperate guitar tones are setting the pace in ‘Still’. A band like Neurosis is not far away, however the French guys never reach the depth of the Oakland kings. The song ends abrupt and a fast drumbeat is the starting point of ‘Entertain’; with a monotone and dissonant riff the band tries to completely demolish you. Do they succeed?

Not really; I like the sound and the ideas and I know where they want to go, however the end result is somewhere between the crowd and stage when it was a live performance. I would love to get the feeling I am kept in a stranglehold or being overwhelmed in heaviness in the style the French quartet is playing. In ‘Entertain’ they build towards a climax; the climax in the end is not extended to the maximum. You throw mud and cement; in the end I am still standing.

Am I being too critical? Maybe I am! Did I hear too much bands in the same style? I did for sure, but there are a lot of bands using the same recipe. The production, atmosphere and the texture (especially the melancholic & crispy guitars) set the tone for the record in promising way. Songwriting wise songs like ‘Negative’ never reach its full potential. That leaves the listener disappointed and begging for more excitement. The secret bonus song ‘Mud’ with clean vocals doesn’t solve that.