Death Of Lovers – Buried Under A World Of Roses 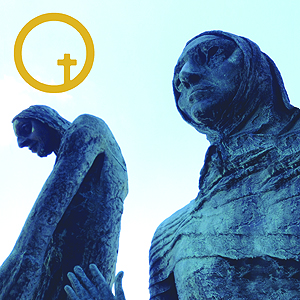 Shoegaze, noise, indie whatever you call it, bands Nothing and Whirr were on tour together last year. Members of both bands bonded over their love for classic British acts like Sisters Of Mercy and The Cure and decided to start jamming together. Death Of Lovers is the result, and it’s good.

Buried Under A World Of Roses features four tracks that have that dreamy yet dark atmosphere of The Cure, the fuzziness of early Sisters Of Mercy recordings and some melodies that could be compared to New Order. This record doesn’t sound like ‘just a project’ and I hope it will be treated like an actual band meaning more songs and shows because it’s too good for only one release.

After Deafheaven, Death Of Lovers is another band on Deathwish that goes way behind the borders of the hardcore scene and like Deafheaven here’s another band that is good in what they do. Let there be a new wave of new wave.