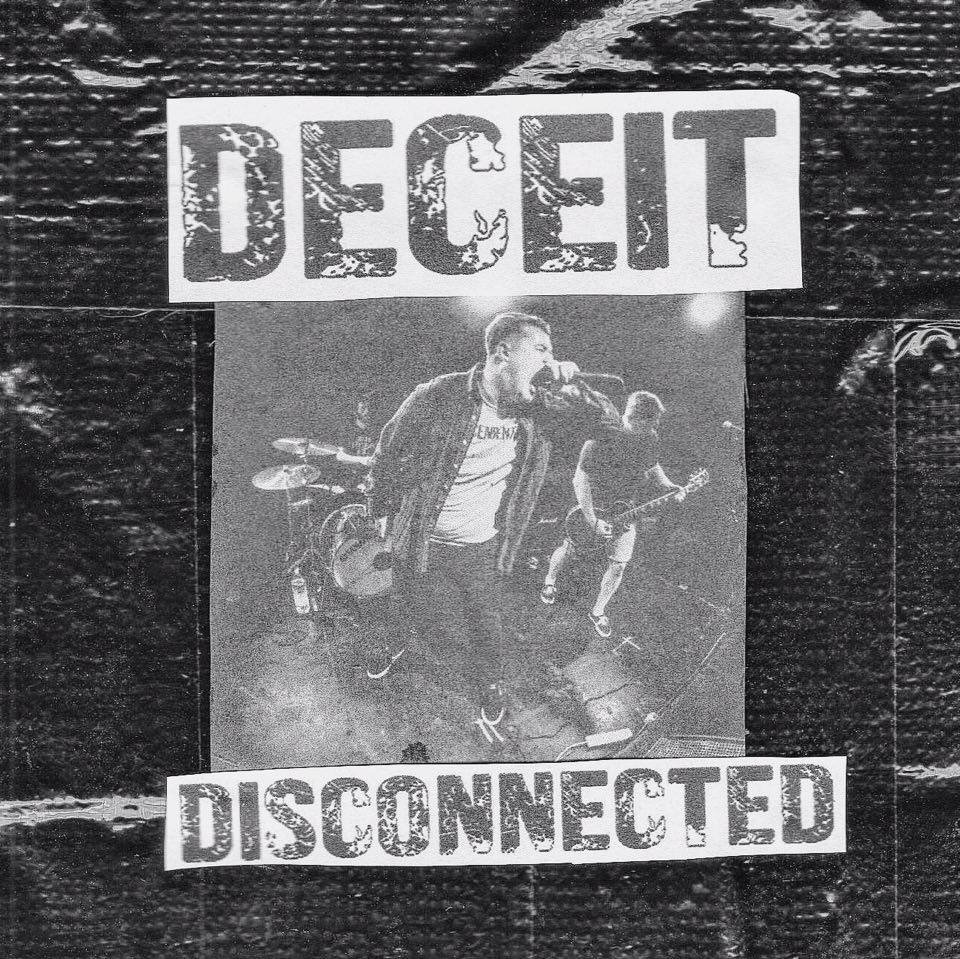 Deceit from Edinburgh, Scotland released their debut EP december last year. No fancy words in a promo package, just a short e-mail claiming they play 90’s influenced hardcore with heavy Strife/Unbroken influences. That short sentence is more clear than loads of fancy promo’s are when discussing a band for one or two pages without getting to the point. I like this “let the music do the talking” attitude. I don’t know if this influenced my opinion about Disconnect as well (it probably did, but just a bit), but this is one hell of debut, if you ask me.

Disconnect is nice, short four track EP, clocking in just over 12 minutes. The band doesn’t lie about their influences. I would guess Strife’s second album In this defiance is known by heart by Deceit. Another influence is Trial (with their Are these our lives album I’d say). I don’t know too many bands playing this style, so this EP is very welcome here. For a next release I’d like the band to try and find a sound of their own a bit more as sometimes the influences are shining through a bit too much. Next to that, or in relation to that I also wonder if Deceit could keep me anxious for more if they would release a full length now. A bit more diversity perhaps would add to the sound. So releasing a short EP was a wise choice. Deceit’s debut got me exited. I’ve been playing those two Strife and Trial records a lot the past few days and I feel if the band takes the time for their next release they could be up for something great! Looking forward to hearing more from these folks.