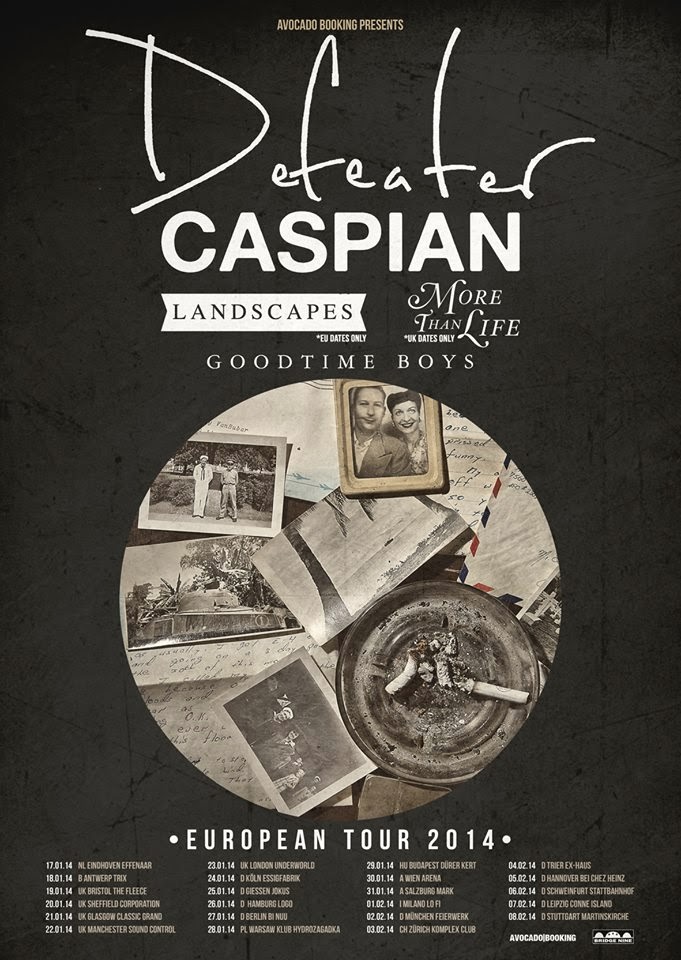 By now Defeater have become seasoned veterans. At the start of another tour of duty through Europe, their first mission showcased a team of soldiers who are well accustomed to each other, yet prevailing war injuries and fatigue start to shine through.

It’s the first European tour of Defeater since Letters Home came out. While some civilians in the crowd were complaining about the over abundance of songs of this record, I was into it. It’s a great record, so why not play songs of it? It’s not as if Defeater skipped on their classics like ‘Red, White and Blues’  and ‘Empty Glass’.  Using the narrative of an American family torn by war is one of the things that has made Defeater stand out amongst their peers. But by now they’re starting to be a military unit by themselves. Whereas most bands who tour so much start doing routine shows, Defeater wear their marks a different more human way. Instead of touring machines here you get a band who become more and more human.

Platoon leader Derek is suffering from necrosis on the hip, his left leg could break anytime. Once this tour is over he’s going to get surgery and on stage you see him limping and struggling. He’s afraid civilians will come on stage and injure him, yet he also knows that for this mission to be a good one he needs to interact with these same civilians. On top of that his voice is shot. He bellows his way through the songs. It’s not the clean cut voice we know of studio recordings, it’s a more raw and emotional voice. The lyrics are brought with vigor. Guitarist Jay Maas is definitely the seasoned veteran, the sergeant who has seen it all before and seems to be struggling at the moment. He screams and yells, throws his guitar around and thanks everyone for making his day brighter. On the other side of the stage bass player Mike and second guitarist Jake make sure the team doesn’t stray of it’s path while behind the drums Ryan is the rookie. Eager, full of energy. 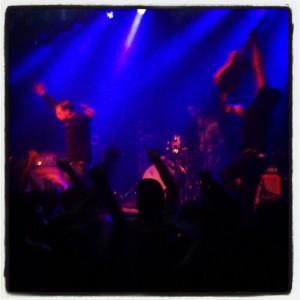 I do however start to wonder how long this band will go on. Some members have started other bands and Derek is also doing Alcoa. There’s a restlessness on stage that brings extra dynamic to the performance, yet also can be seen as the first cracks in a solid foundation. Much will probably depend on how they will survive the coming month in Europe. Will Derek’s hip break and what about his voice? If you’re into Defeater and can catch them on this tour I would. I have the feeling it might be your last opportunity and if not you get to see one of the rare really good hardcore bands of this era who are on tour with their best material yet and perform with more vigor and eagerness than on previous tours.

Besides Defeater I was also able to catch Caspian. For those who wonder what Deafhaven sound like without blastbeats and screams, that band is your answer.