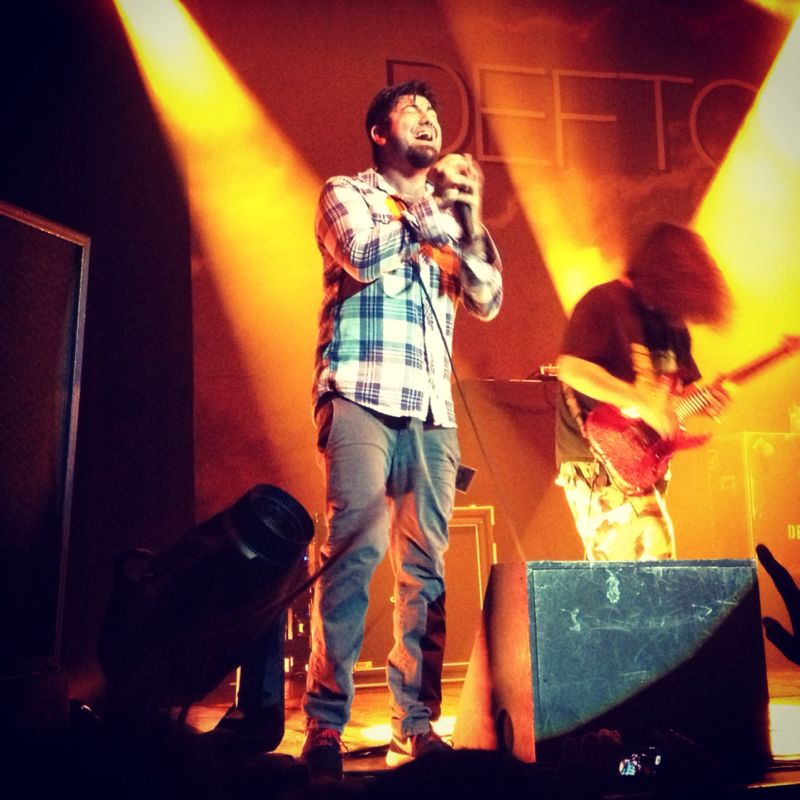 I was supposed to be going to the Deftones @ 013 in Tilburg yesterday, to do a review for SWNK, but sometimes life gets in the way. A friend of mine though, Rutger Dragstra, (who is the biggest Deftones fan I know) did go and he send me a couple of his photos through WhatsApp (you gotta love the new technology!)  I really liked those pics and I thought they were cool enough to warrant a post on SWNK. He was fine with it, so now we have this new thing on SWNK, let’s call it a mini-review. Or something…

According to Rutger the place was packed and they played a great show (like always) with a lot of White Pony (still my favorite) material. Fuck. I’m going to listen to White Pony all day today (and probably end up listening to all their stuff again…). Chino told the crowd a couple of times how thankful they were for being treated so well in the Netherlands all the time. Minerva was played because Chino bumped into a fan before the show and he/she asked them to play Minerva. And so they did.

Minerva
Engine No.9 (with some Wicked parts)
7 Words

Did you go to one of their shows on the current tour? At the 013 or at the Oosterpoort in Groningen maybe? Put your proper review in the comments, because this rambling was nothing but wallpaper for these 4 photos. 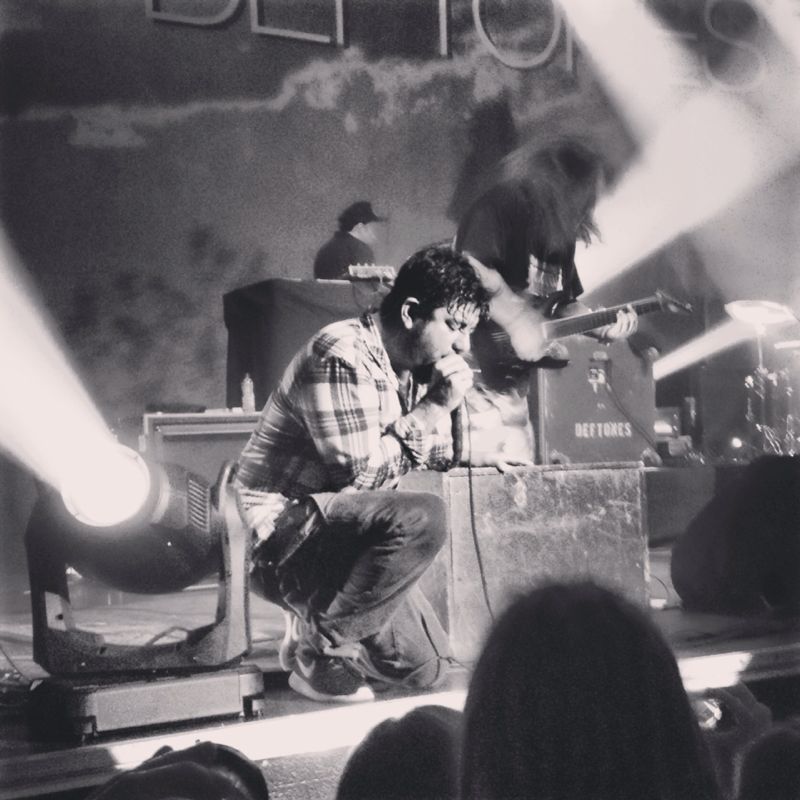 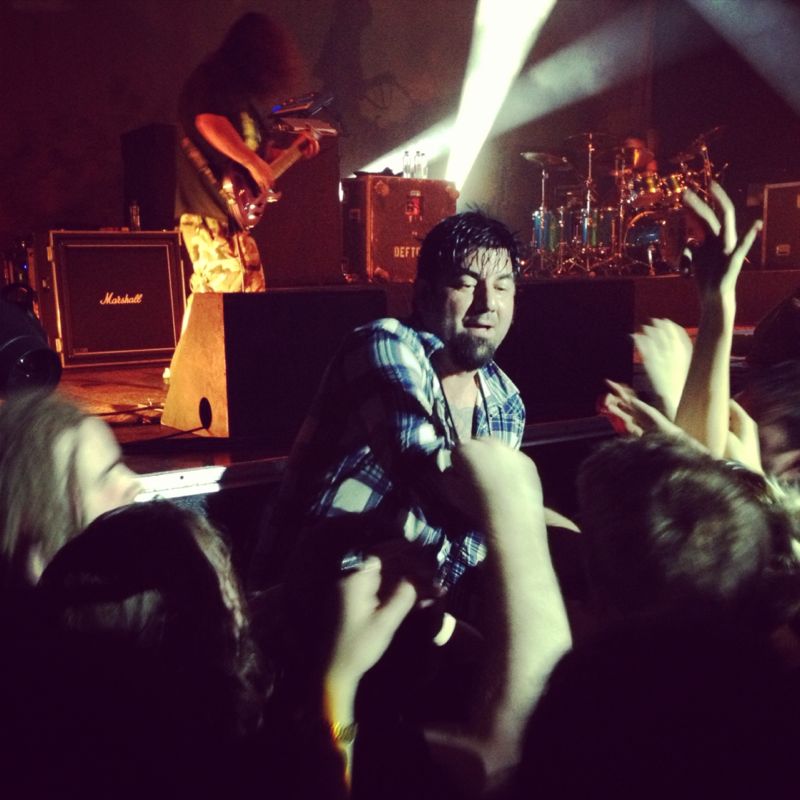 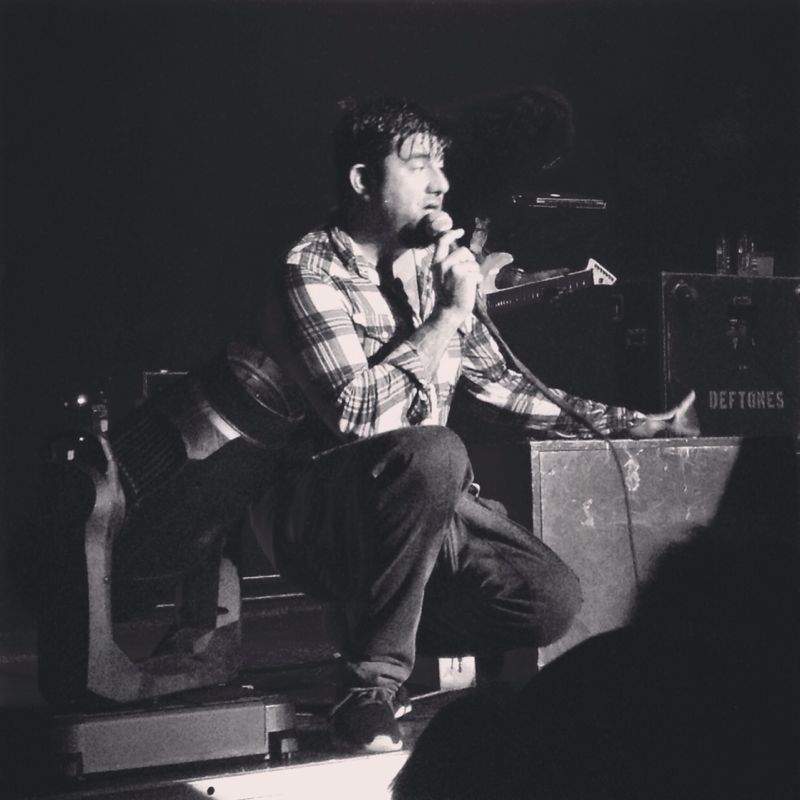 Oh and here’s a video already, from YouTube (you REALLY gotta love the internet), from user Oildale79:

PS The band asked everyone on the guest/press list to donate 5 euro to the “One Love For Chi” fund of the band, otherwise their guest spot would be cancelled. Didn’t know where to mention that above, but I thought that was a pretty cool thing to do, so I just wanted to put that in here. (Oh and no worries: when I knew I couldn’t make it, I mailed the 013 to cancel my spot, so they could get someone else in.)