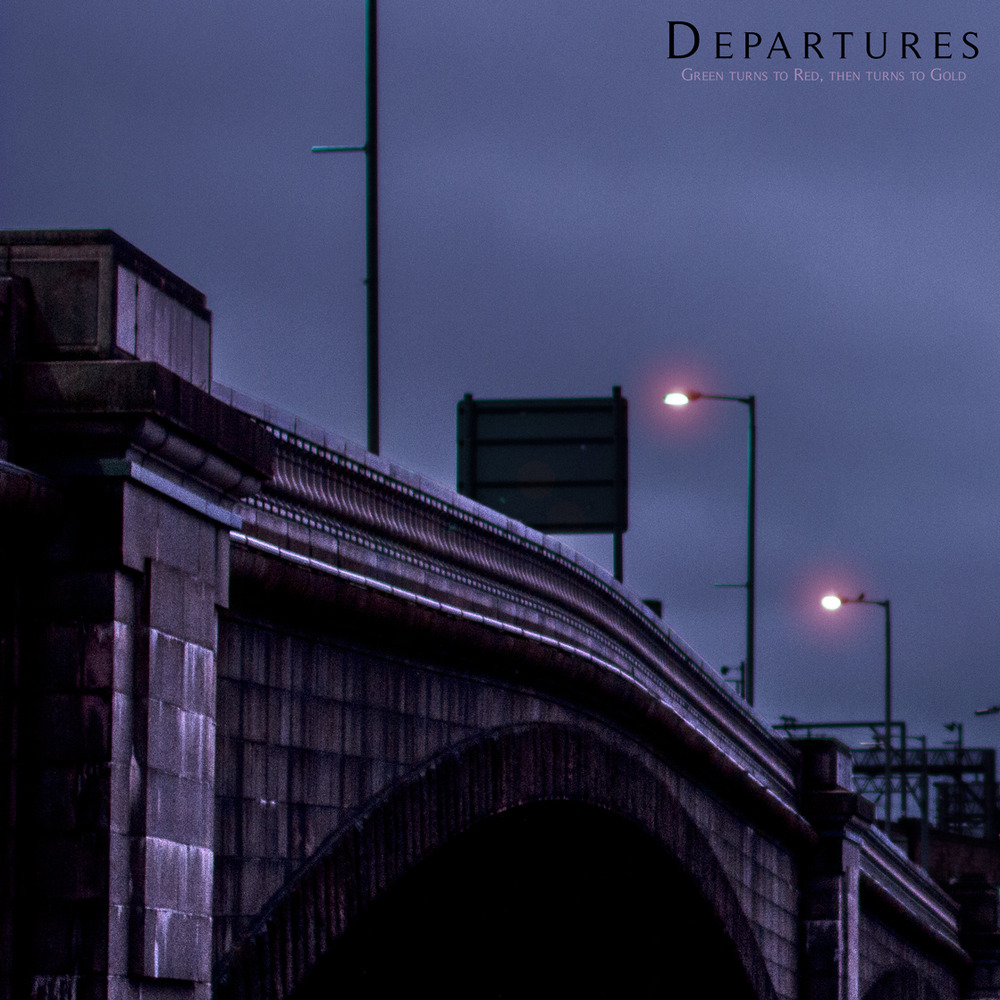 Green Turns To Red, Then Turns To Gold is the new seven inch from Glasgow’s Departures. Released on FITA records out of Kent, the record is the Scottish acts follow up to their debut LP from last year, and apparently follows in much the same vein. Prior to this seven inch, Departures were not a band I was at all familiar with however, so I was excited to check out this record and see what they were all about.

The record opens with the noticeably soft notes of Those Miles Meant Everything, and it immediately becomes apparent that these guys fall firmly on the melodic hardcore side of the camp. You’re not going to find the next Judge or Madball here, but that’s hardly the point. The light guitar tone immediately suggests this, but the bass and drums heavy production manage to bring an element of urgency to the track and stop it sounding flat. The singers strained vocals sound passionate over the progressive guitars and I guess it’s easiest to relate this to early 00’s Rev. bands like Sinking Ships or Go It Alone, although this might be a little more mid-paced. Second track Fuck Living With Sadness injects a little more urgency into the proceedings, the band stepping up the pace and experimenting a little while still moving within the traditional melodic hardcore sound. The small acoustic section in the middle of the song adds to the passionate sound nicely, and perhaps hints at further progression to come from the band, while the actual guitar riffs are much more driven on this second track.

I guess my only main criticism of this seven inch would be that clocking in at only seven and a half minutes, it sort of feels like it takes the band most of the record to really get into their stride. Perhaps if this were an EP, the following couple of track’s would have really blown me away, as it sounded like the record was finally getting going right as it finished. From what I’ve read in other places though, apparently this record bridges the gap between the end of their previous full length and new material however, so perhaps I am being a little unfair to Departures as I haven’t heard those tracks. I also found it somewhat difficult to be objective about this band purely because the melodic side of the hardcore spectrum isn’t something I engage in very often. A solid core of influential bands like those I compared Departures too earlier make up my listening from this particular genre of hardcore, so often I don’t find much need to indulge in new bands of this nature. Don’t need to listen to X band, I’ll just listen to Promises Kept/Background Music/Witness again. However, I’m very much aware of a new generation of hardcore fans making their way into the mix, who having cut their teeth on the likes of Dead Swans and More Than Life will be yearning for more bands of a similar nature, so I presume Departures will go on to fill this gap in the market adequately. I actually checked the band out live whilst in the process of writing this review, and although after a few songs it had started to leave me wanting some more aggression, the new generation certainly seemed to dig it.

‘Screaming gets you nothing…’ If you’re knee jerk reaction was to finish the line with ‘I drew a heart around the name of your city’, then you’re probably old enough to be better off sticking with those bands from that era. If, on the other hand, you have no idea what I’m talking about, and you think American Nightmare was a crappy low budget horror film from a few years ago, then this band might just be the next big thing for you.

Label: Fist In The Air records