Desert Beneath the Pavement – Transit 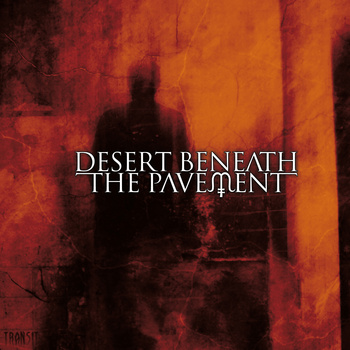 After my review of the Shrine – Aelter EP, I got a message from their supposed to be tour buddies Desert beneath the Pavement from Mannheim, Germany to get their record reviewed. I am always into new music so after receiving the record, here is the review. To be honest I am not impressed, the ideas are fine but the playing and compositions are generic. The songs lasting for more than 6 minutes are a pretty long ride.

Despite that, the beginning of ‘For Futility’ is promising, it slowly builds towards the right climax and this is absolutely one of the best song of the album. Next up ‘God Meant New York’ is full of cliché melodies, the standard mixture of heavy slow and up-tempo parts. That isn’t the worst, the drums in the end are sounding if the complete drum kit is thrown aside while the rest of the band is playing normally. Also when the music goes up-tempo the drums don’t follow the rest of the band easily. Music needs to have the right flow, which genre doesn’t matter.

Later I mostly have a problem with the clean vocals of Daniel. In the end of ‘On the Truck Bed’ they don’t fit the doomy post metal of the quintet, also his main screaming vocals don’t have the angry touch Klas Rydberg (Cult of Luna) or Colin H. van Eeckhout (Amenra) are famous for.

With the giants in the genre and lots of underrated companions it’s hard for Desert beneath the Pavement to live up to the expectations of potential listeners that already can choose from thousands of bands. When I look at the back of the digipack I see a songtitle like ‘Do You Feel it When I Google You?’. What the fuck, why did they come up with such a ridiculous song title. Why so pretentious and what is the point with this title, I don’t get it when I read the vague lyrics.

Still there is hope for the band. The song ‘Shambala’ is a bit shorter, to the point, rocks and has the groove. Due to the melodies and the reverb on the guitars it’s the most positive song. It also has a stoner vibe combined with Cult of Luna during their ‘Somewhere Along the Highway’ phase and brought a smile on my face. In the future pick up this atmosphere when writing new songs. Strangely there are no vocals on this song, only spoken word. ‘Shambala’ is also presented as a bonustrack with Max Feibel singing. His clean vocals are perfectly matching the vibe of the music. That brings up the question why they didn’t record all the songs with and also write new ones with him.

‘Transit’ as digipack looks pretty fancy with desolate photography from Tom Wasilewski and the right color setting. Promotional wise everything is correct (Facebook, Bandcamp, promotional sheet and the will to contact magazines) so the next step is to focus on the song writing process.

Band: Desert Beneath the Pavement