Devil In Me – The End 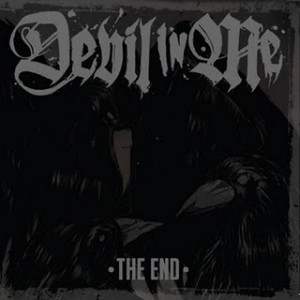 To be honest, before this record I never heard of Devil In Me, yet they seem to have released two full lenghts already. The reason for my ignorance could be that I’m not the biggest fan of the kind of anthemic hardcore our Portugese friends bring. Much to my surprise I liked this release a lot and I think this is one of the few bands in the subgenre that kept my attention longer than five minutes.

If you want to compare the band to another well known band it would be Comeback Kid. This could be explained simply because Andrew Neufeld produced this album. But besides that all the elements are here. Strong melodies, singalongs, lots of energy, clean and rough vocals and uplifting songs.

For someone who doesn’t like this special niche of hardcore I still check these bands out on a regular basis. Just to see if I missed the point somewhere. In the case of Devil In Me I somehow found that element that I did like and somehow I listened through the album in one go. And again and again. Where other bands take ques from Sick Of It All and Agnostic Front these guys get their main inspiration from Blood For Blood. And that just adds the right flavour that makes this album great.

The second thing I liked about this album is that it’s a genuine conceptalbum with an underlying theme that already is used by a plethora of metalbands and even some hardcorebands. The title might have given you a clue but this album is about The End. The biggest difference is in the delivery. Like I said this kind of anthemic hardcore gives you a lot of anthems in a sweet and sour way and gives the listener not much room to breathe.

The fact that it’s just a tad harder and rawer than most other bands within the genre give the band the edge that makes ‘The End’ a hit and so many other albums a miss. So give this band a chance. I’m glad I did.

Band: Devil In Me