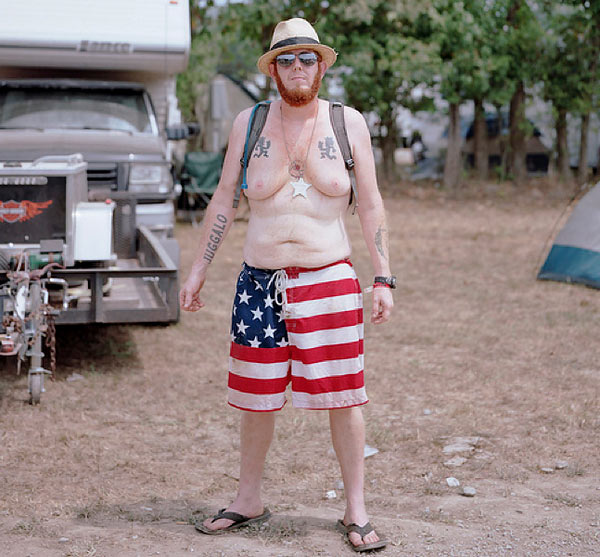 What’s up pussies? So a few naysayers out there whinged that I gave their mate’s band too much of a hard time, that I wasn’t balanced enough, didn’t go into enough detail, etc. Well on that note I’ve made sure to go into plenty of detail about how much this weeks bands suck. Put that in your fucking pipe and smoke it.

A R C H E T Y P E
You know when you were in second school and you got your mum to sew that first Machine Head patch on your schoolbag, and you walked into class thinking you were the hottest shit on earth, until your heart sank when you saw that every other fucker had an Incubus patch? Well, Archetype are seemingly the pissingly useless tosh of the UKHC world. They’re a pretty fine tuned machine by all counts, little bit of Glassjaw, little bit of VOD (that’s for comparison, this band has no idea who the fuck VOD are), little bit of all that noughties heavy-petting emo like Thursday. However, while Glassjaw openly call women cunts in every song, VOD have mosh parts, and a Thursday shirt at least shows you who to throw spin kicks at in a circle pit, Archetype merely have ‘heard-it-before’ spazzy riffs and passionless, fauxmotional singing. Which I suppose is really appealing to the sort of people who only venture out of their weekly metal club jaunt to watch Liferuiner, and to get fingered by one of the support bands in one of the cramped backstage rooms while the rest of the band films it on their iPhones.

13 Steps
This band are exactly the sort of thing I set out to review bad metalcore for. 13 Steps are quite obviously Dutch, being the most forward thinking scene in the 21st century for ignorance. Musically, the faster ‘hey we’re still a hardcore band, right?’ parts and shit Comeback Kid style singalongs are a let down, but the discordant Merauder style chug parts are good enough to kick someone to. The lyrics are pretty useless, as you’d expect from a European band not singing about animal rights or the bible, but I could still do with them being a little more inaudible as a few of the lyrics made me cringe a bit ‘because I know, what’s worth dying for’ (let me guess, taking a switchblade for one of your shant-clad pals). If this band went on to do a proper record, I would advise them to strip things back, just have 2 mosh parts at the beginning and end, some sort of bridge in the middle, maybe a film sample. All that should comfortably clock in about 50 seconds long, jobs a goodun. No one knows what to do with a fast part anyway.

Shadows of the Sunshine – What’s the Weather Like in Heaven?
I don’t have anything against Darkest Hour – they’re not my cup of tea but I can appreciate them from outside the tent. However, the sheer volume of melodic, little bit rocky, little bit metallic ‘oo aren’t we dead arty’ effluence that followed behind them like a gummy snail trail are a constant pain in my warted arse. Take Shadows of the Sunshine. They think because they’ve got triggered drums and can play some guitar scales the world is their fucking oyster all of a sudden! Hey, throw in some t-shirts with owls on and a few stage lights and you’re up there with all the other boring pieces of shit that passes for heavy music in the 21st century. It’s all so fucking empty, there’s nothing to it but the most surgically enhanced, soulless, faux heaviness. Duelling guitars are cool when Iron Maiden do it, but then they have 8 minutes of well thought out songstructures amongst the flair. Shadows of the Bumshine have nothing but this tepid, watery beef stock masquerading as anything else but the infuriatingly absent non-music it really is. Listening to this band is the equivalent of someone rustling sweet papers in the cinema or talking too loudly on their phone while you’re trying to read Playboy. This band are an annoyance so all encompassing you can’t even find the will to lean forward and switch the shit off.

There was some other band I was supposed to review but the link wouldn’t work, so in their place I’ve decided to include a Archetype caption competition. Best caption gets to meet the band and kick them all in the fucking teeth. 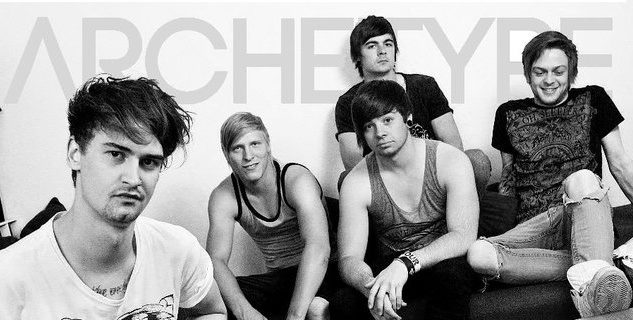