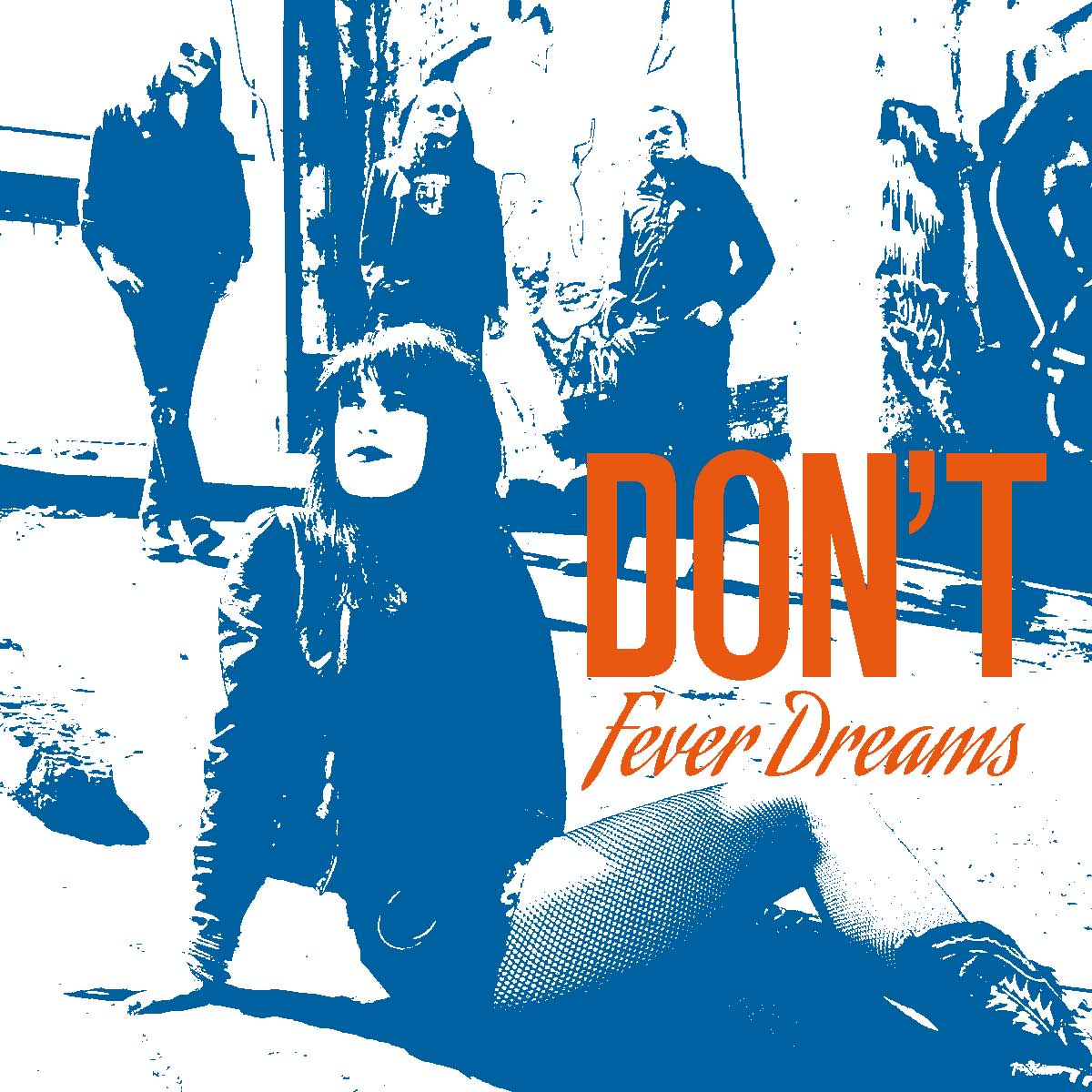 Don’t is a band from Portland with 4 ep’s and 1 lp under their belts. And yet they’ve flown under my radar. So far, as Fever dreams, their second full length has had quite some playtime here recently. The promo blurb states that I should most definitely check Don’t out if I like No More Art. The promo also mentioned No More Art quit. Which is really a shame, but that’s a different story. Anyway, the No More Art reference made me check this out. And I have to admit there are similarities between Don’t and No More Art. The biggest one being the voices of Jenny (Don’t) and Milo (No More Art). I won’t say they could be twins, but they definitely have a similar tone.

Musicwise Don’t incorporates some different influences resulting in a bit more punkier vibe on this record. The funny thing is I don’t just recognize punk influences, I am also reminded of Girlschool during some songs (’89 for example). As someone who’s into old Girlschool I can only cheer for that resemblance. The record has a certain upbeat vibe that I really enjoy. There’s energy aplenty on Fever dreams. Where the drums and bass pave the way, the guitar is constantly weaving a melodic web. Add to that a clear, but very strong voice. The lyrics sound rather personal and are dealing with personal struggles, love and the like.

Fever dreams starts of strong, but unfortunately Don’t isn’t able to keep me at the edge of my seat the whole record. The final two songs, You keep cutting through and Wrong generation, feel a bit like leftovers. These are by far the weakest songs on this release. This leaves me a bit dissatisfied after listening to this album, as the first six songs deserve better!