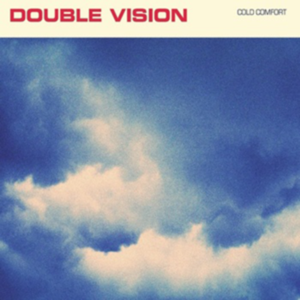 Listening to Double Vision is like stepping into Marty McFly’s DeLorean and driving back to 1997. This Polish band sounds like a band on Teamwork records and would have fit easily on the Growing Stronger compilation between Atari and Pushed Too Far.

1997 was the year I truly started living and breathing hardcore. Youngblood Records released Rancor’s Flip The Switch and Teamwork released a steady volume of what I now consider hardcore classics. In Europe youth crew hardcore was on the rise and The Netherlands played an important part with Mainstrike, Reaching Forward, Guiding Line, Commitment Records etc.

More than any other Polish band or any band I heard in the past years Double Vision has a sound that bares a lot of resemblance to the likes of Atari, Rancor and other bands of the second wave of youth crew. It’s refreshing to hear a band like this for most recent youth crew bands seemed to take their inspiration from Youth Of Today, Chain Of Strength and Judge while ignoring that second wave of bands. After listening to Cold Comfort I dusted my Teamwork 7″ and gave those a long overdue spin.

The only part of Double Vision that isn’t all up with American standards are the lyrics, they don’t flow as great as Ronnie Little’s Rain On The Parade stuff, but hey that guy could write some awesome lyrics. That aside I’m very pleasantly surprised with this release.