Down To Nothing – Life On The James 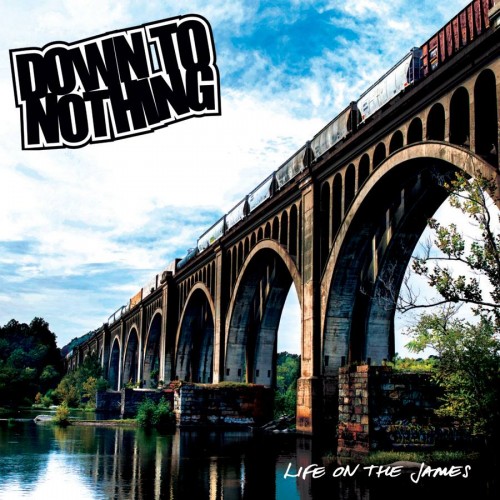 After years spent re-releasing their backcatalogue Revelation is putting out some new classics recently. After the well received Rival Mob full length it’s time for Down To Nothing to finally release a new album on the classic hardcore label. Right now it’s hard too think of any other band who would fit better on Revelation (well Mindset does come close).

Life On The James features twelve new hardcore classics in the vein of Terror and No Turning Back. Songs like ‘No Leash’ are a bit too much Terror for my taste. Once Down To Nothing go back to their own roots on ‘3:24’ for example or on the standout title track ‘Life On The James’ they really have my attention. ‘Brothers Turn Strangers’ is another one of those solid tracks on this full length.

In a course of thirteen years Down To Nothing have become a well oiled hardcore machine. Taking things members learned from doing time in Terror and Trapped Under Ice certainly helped them to focus and write one of the better hardcore records of the year. I wouldn’t be surprised if I end up listening to Life On The James more than Terror’s Live By The Code.

Band: Down To Nothing