Downfall of Gaia – Aeon Unveils The Thrones Of Decay 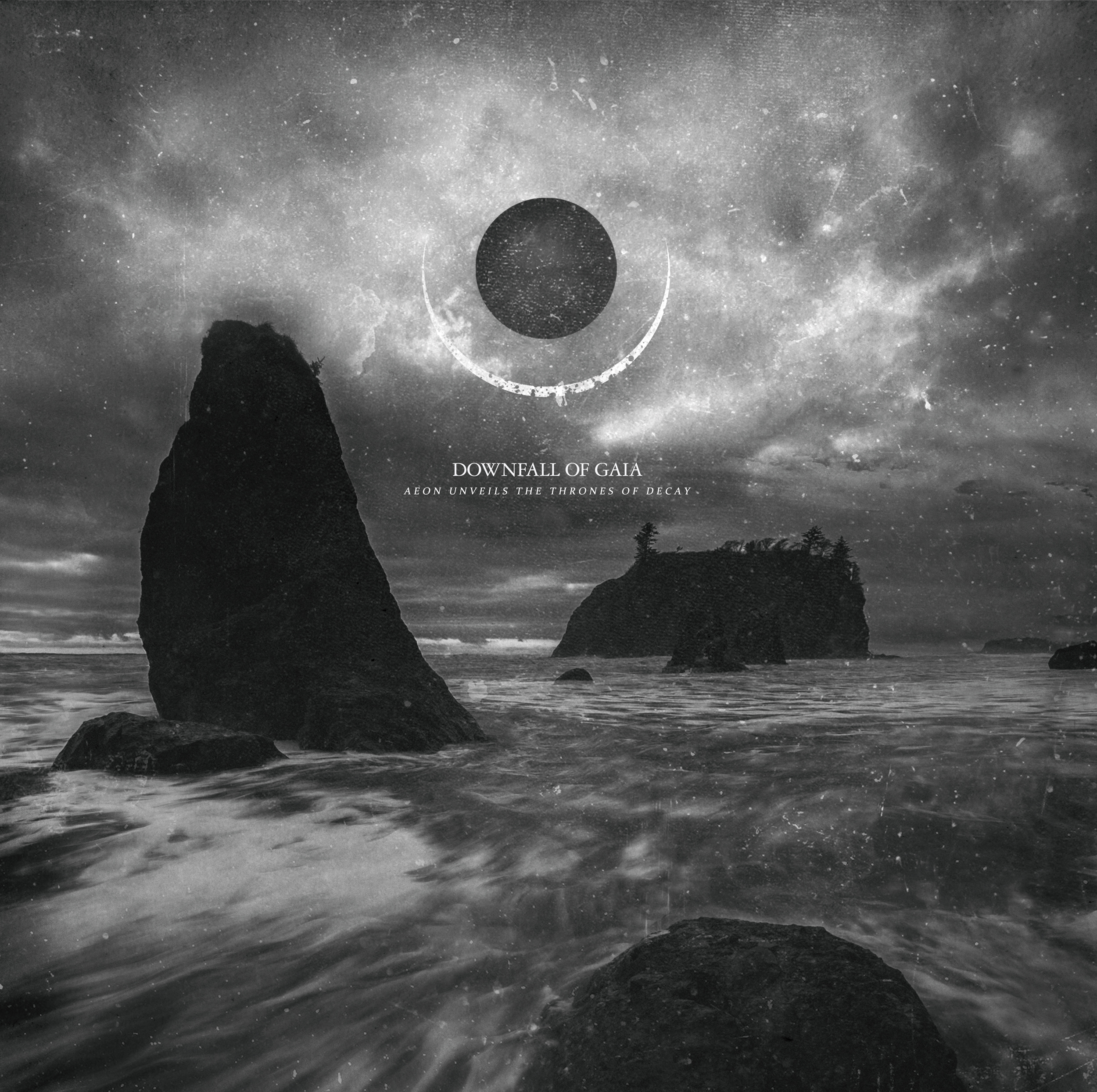 Downfall of Gaia started as a crustpunk band, with the previous albums Epos and Suffocating in the Swarm of Cranes they involved a lot of Black Metal and Post Metal in their sound. The third album ‘Aeon Unveils the Thrones of Decay’ is their second for Metalblade records. Is it once again a step forward?

I have a hard time to crack and understand the new album; still after a couple of spins I don’t really know what my opinion is. From the start I am in doubt of what to think of the drum sound and the amount of drum patterns (less is more!). It also has a prominent position in the mix and it feels a bit too polished. When it’s going into blasting speeds the drums are just too much and the rest of the music instruments are suffering from it.

It’s in contrast with the heartwarming melodies and climaxes that are reached in songs like opener “Darkness Inflames These Sapphire Eyes” (with the ambient introduction & middle part) or in the raging whirlwind “To Carry Myself to the Grave”. In these songs Downfall of Gaia is again balancing between calm moments, slow and heavy passages and the typical crust Black Metal eruptions. With so much to tell in the long individual songs a well-balanced warm sound is essential; unfortunately that effect isn’t always achieved.

“Whispers of Aeon”, one of the longest songs, is in the most important part paved on Black Metal and is leaning on a razor-sharp melody that puts the listener against the wall. You cannot escape and ignore this beautiful song. The greatest thing is the best part is introduced with Postrock the band Mono would’ve been proud of. In the end the contrast between the subtle and aggressive side of the quartet is amazing.

So despite the improved song writing skills this record will not top their album from 2012 unfortunately. It’s not the emotional driven energy (through the music and intense screams); it’s the chosen sound that has killed partly the atmosphere.