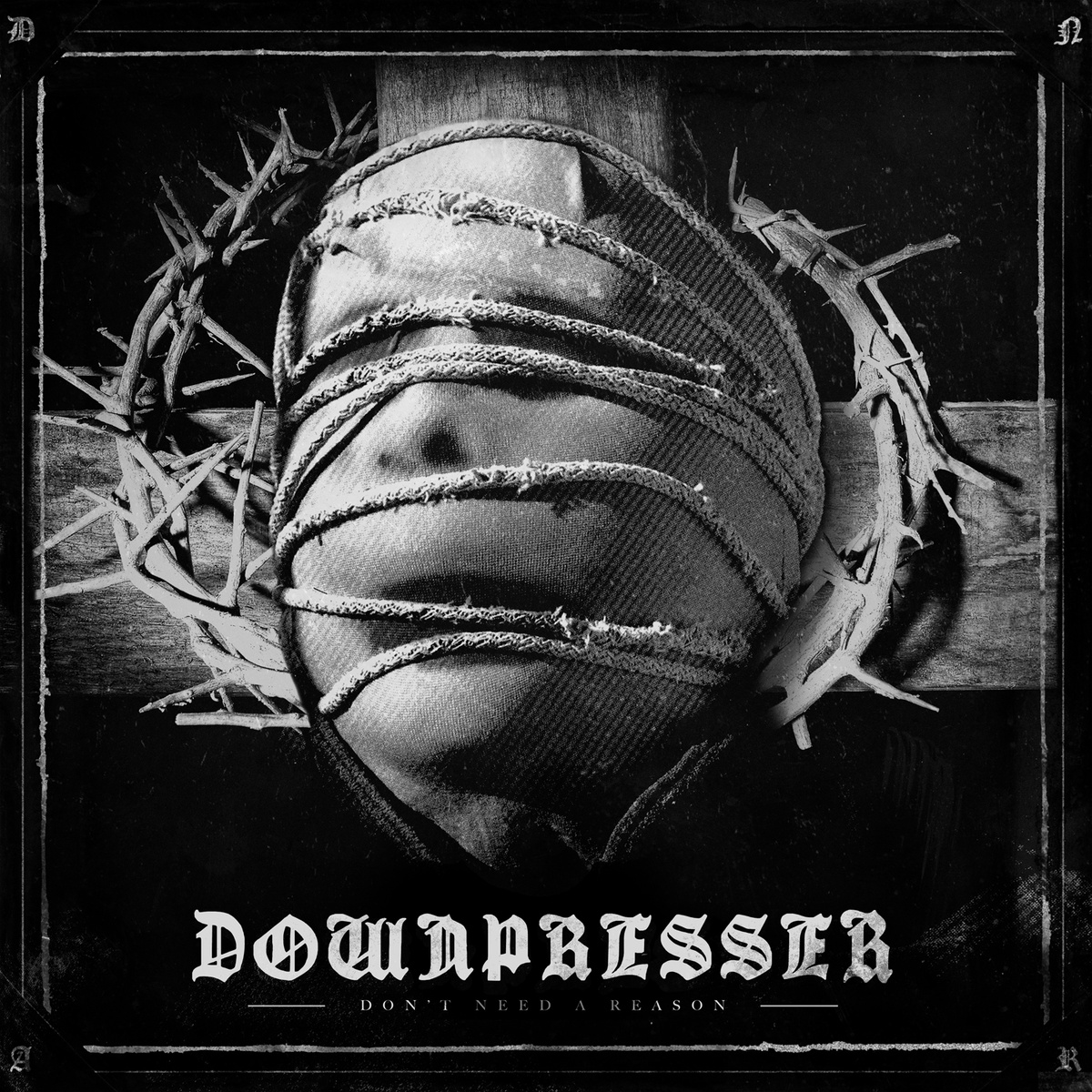 It took Downpresser from Santa Barbara, California over 3 years and a few line-up changes to come up with a follow-up to their 2009 EP Age of Ignorance. At first glance, 10 new songs spanning roughly 22 minutes (not including two hidden bonus tracks off the split EP with Creatures) may not seem a very impressive result after that long a time period, but believe you me: not a second of that short run time is wasted. To me, Don’t Need A Reason is the most impressive, most effective and most addictive hardcore album of 2013.

Musically, not much has changed since we last heard from Downpresser. They still play mostly groovy hardcore, laced with heavy Merauder and Leeway style riffs, but the band obviously took the time to tune all these familiar elements to perfection. The riffs are all awesomely massive and the vocals (that remind me a lot of Martijn from No Turning Back. In fact, when I heard the title track of this album for the first time, I had to double check I hadn’t accidently put on a new NTB release) have just the right level of aggression, without sounding overly brutal or tuff. Dan’s lyrics are hardly higher poetry, but they possess a pure, honest and simple straight forwardness that totally hits home. Even in a song like Next Life, dealing with the emotional topic of a loved one committing suicide, there’s no melodrama or thick sentiment. Just pure, in your face matter of factness that’s almost earth shattering: “Got lost in your head, it’s on the headstone in black and white. I guess I’ll see you in the next life.”

Then there’s the drums. It’s not often I actively acknowledge the guy laying down the beat on a hardcore album, but in this case the quality of the drums is impossible not to notice. From hardhitting and groovy in the breakdowns to downright funky in the title track, this dude keeps coming up with original little fills and touches that greatly enhance the effect of the music.

Don’t Need A Reason has been out since June of this year and while it instantly struck me as one of the best things I had heard in a long time, i’ve been putting off writing this review for 3 months, not being able to put into words why I think it’s so good. I realise now, I don’t need a reason (ha!), because it does not matter. If you like hardcore in any way or form, you’ll be hard pressed to find a better record released in 2013.