Backed by Stronger Bookings, the Tilburg based three man collective known as Wolstad Verbond have been putting up some interesting shows in the past year, usually on Mondays and Tuesdays. After shows with Stength For A Reason, Take Offense, No Turning Back and Lifeless among others, time had now come for Santa Barbara, California’s Downpresser to hit the stage in the back room of Extase. Since their debut full length Don’t Need A Reason was hands down my favorite record of 2013, I was eager to check them out.

Despite the weather being extremely nice (25+ degrees celcius in May!), around 70 people found their way to the venue, a pretty decent turnout for a Monday night. It’s always cool to walk up to an outside terrass overrun by hardcore folk, so after some socializing it was time to check out Fever. I like the recent demo by this new Utrecht based band, but unfortunately their short set was completely drowned in noise, feedback and mic malfunctions. They did have the most energetic performance of the evening. Especially their voclist, sock footed and hidden in a whirlwind of arms, legs and hair (to use the words of famed producer The Bruce Dickinson) “really explored the space”. 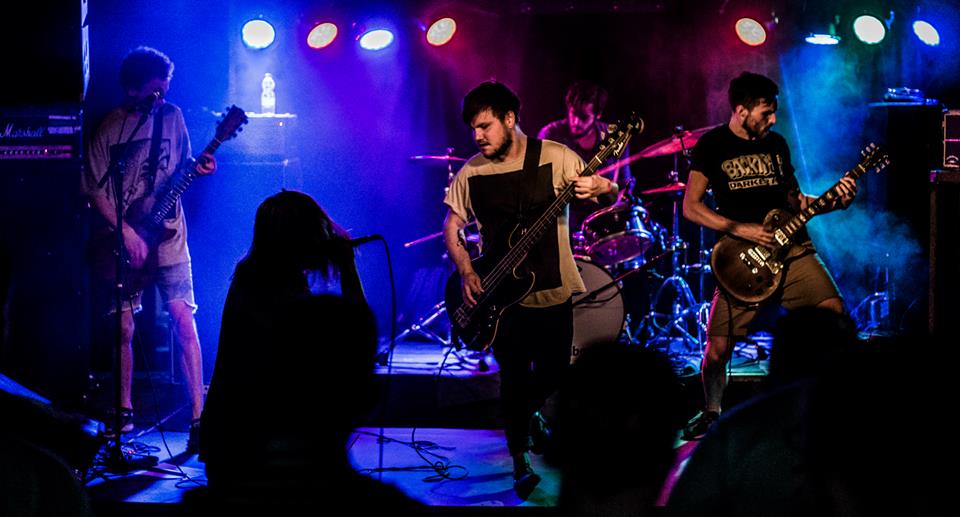 I must admit Hawser is far from my favorite band. I think their mix of styles (think Nails-crustiness with Backtrack-like hardcore) sounds a bit forced, I don’t like the vocals and most of all I don’t like their stage presence. Their singer is usually the only one moving (doing some sort of Filip Justice impersonation, I guess), while the rest of the rest of the band just looks bored out of their minds. Musically this was a pretty okay performance and people seemed to be into it, but I can think of at least 10 other European bands I’d have rather seen touring with Downpresser.

Talking about Downpresser…they are not a textbook example of relentless energy either. I don’t think their bass player and guitarist moved an inch while playing, while singer Sean casually strolled across the stage. Sound quality could have been better as well, but I was in a forgiving mood since I like their music so much, so I had a perfectly good time up front. The crowd seemed to be more into the older material, since those songs got a way better response than the ones off Don’t Need A Reason. Overall, their set was cool but not amazing and the room did not explode as much and as often as I had expected, but there’s no denying this band has some great songs with killer riffs and grooves. 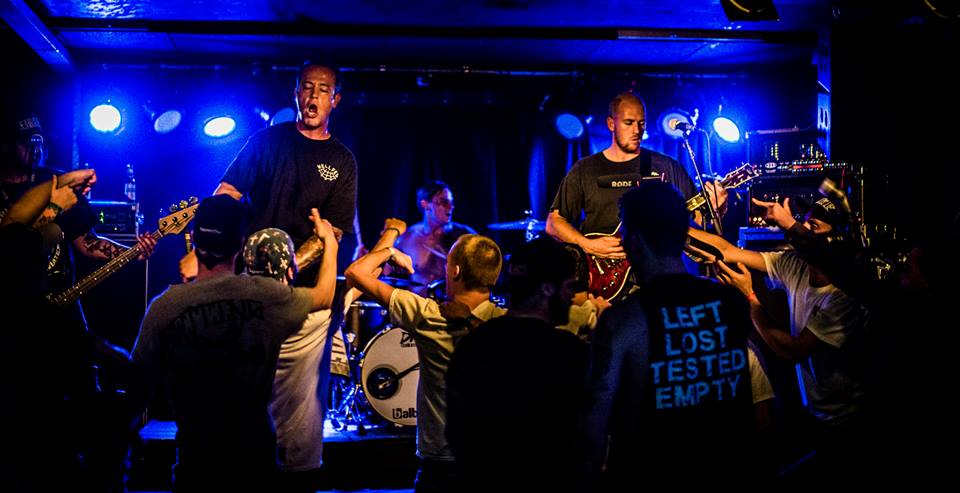