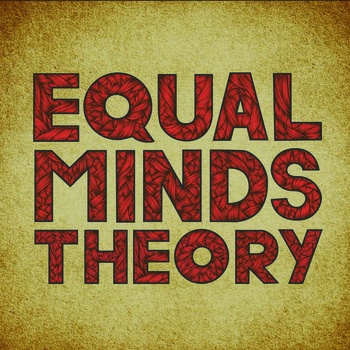 If the Equal Minds Theory album would be in a supermarket it would be available next to Cephalic Carnage, The Dillinger Escape Plan and The Chariot. The fast mixture of grindcore, mathcore and hardcore is over before you know it. It’s short in length, not in impression. The band has invested in laying down the energy in a hectic way. Short songs, heavy outbursts, unexpected breaks or just combining fast stuff with down tuned slow parts.

“The Flood” and “Grindiac” is like TDEP during ‘Calculating Infinity’ transferred into 2012. Before, the Russians combine mathcore with industrial influences in “The Nomads” and some slew of electronics is added to gear up “Bad Moon”. In the precision attacks distorted growls are fighting with sick, high pitched, screams. Yes, this album is as nuclear as an exploding reactor in the Soviet Union.

The last song ‘The Icebreaker’ is a slow song clocking in at 14 minutes; totally different from the previous ones. Imagine you have to crush the ice in the Northern part of Russia with an icebreaker. It’s just as dissonant as the first ten songs; slow chords and even melodic tunes are thrown through the ether to conclude the ride in an epic way. Interested in the album? Listen below and move over to BandCamp and get out your digital wallet for a download or a cd copy.