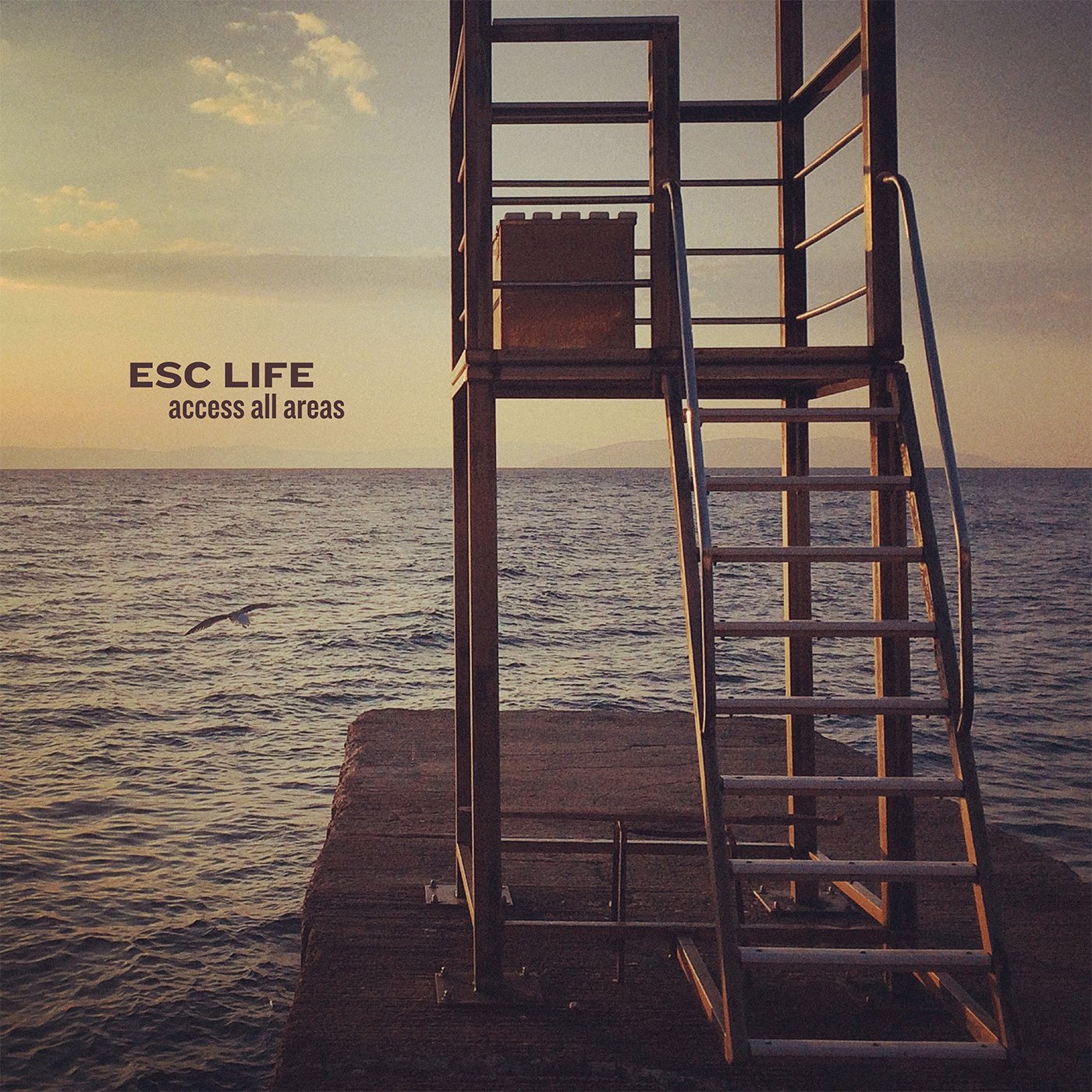 About a month ago ESC Life mailed us if we were interested in writing a review for their upcoming album Access all areas. As a selling point they mentioned they are the touring band of Grant Hart for his European tour. I have to admit this got me interested. Much more interested than the other trivia included in the mail. The names of the bands the members of this band have previously meant nothing to me for example. And I guess most of you will not get terribly excited from names like Hemendex, ST!LLNESS, Man Zero or Umor. Husker Du on the other hand…

After giving the album a couple of spins I can only conclude I am happy I gave them the benefit of the doubt. Access all areas is a great debut for this Croatian band. The band got together in 2013. In the autumn of 2014 already the band toured Europe with Grant Hart (and acted as opening act as well). Not a very strange choice for Hart; ESC Life is heavily influenced by his previous band. Other influences are other 80’s and 90’s indie rock bands like Pixies, Sebadoh and Dinosaur jr. Combine this and what you end up with is a energetic and catchy cocktail. The band is clearly experienced as their music is very balanced. Listen for example to the title track of the record; I’m sure you’ll enjoy it if one the earlier mentioned bands are amongst your favorites.

The production is top par and makes the individual instruments shine. What I enjoy is the clearly audible bass guitar. Together with the driving drums this gives the music a sense of urgency that makes this type of music so enjoyable. I can only hope this album will get the attention it deserves. Yes, I am very enthusiastic about this band. If my enthusiasm does not convince you, allow the band to convince you themselves and give the album a spin!