Every Time I Die – Ex Lives 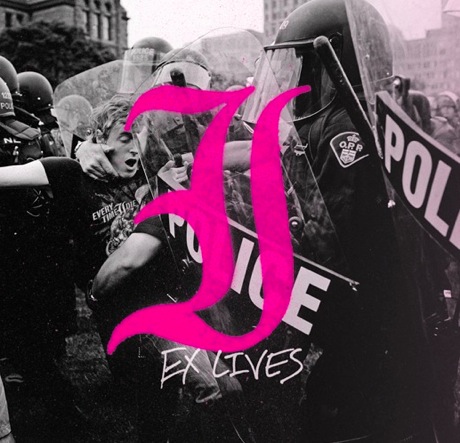 From the minute Ex Lives kicks off with the chaotic ‘Underwater Bimbos From Outer Space’ and Keith Buckley sneering ‘I want to be dead with my friends’ it’s clear that Buffalo’s loudest and dirtiest are back with a bang. On their sixth album the band has managed to create a bigger sound, thanks to producer Joe Barresi (Tool, Queens Of The Stone Age) while staying true to their mix of southern rock, hardcore and metal. Every Time I Die have always been one of the best bands in the genre and Ex Lives confirms that they’re still kings and most other bands are just loyal, not that good, followers.

I wouldn’t be surprised when the Soundgarden-esque ‘Revival Mode’ would find it’s way to mainstream media, yet those who think the rest of the record is similar to that one will be in for a big disappointment.

‘Holy Book of Dilemma’ and ‘A Wild, Shameless Plain’ are two of the heaviest metalcore songs the band has ever written and ‘The Low Road Has No Exits’ starts you headbanging but ends in some weird soundscapes. Stand out track for the more traditional metalcore fans probably is ‘Drag King’ with it’s conservative metalcore riffs and Buckley using his voice in whichever way possible. That the band isn’t afraid to try new stuff is proving in the more stoner-sounding ‘Indian Giver’ on which one can even hear some flutes.

Ex Lives is an impressive audio assault drenched in whiskey and cigarettes fueled by some of the best hardcore, metal and southern rock and done with so much confidence that it leaves you with your jaws on the ground wondering what in hell just run you over.

Band: Every Time I Die