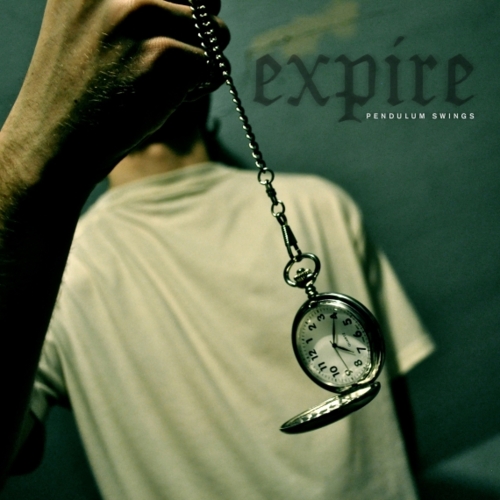 I have to admit I thought Expire was pretty boring the one time I saw them play when they were on tour with Foundation. The band failed to hold my attention on stage and the same things happens with Pendulum Swings, their debut full length. Though the record opens up with the abrasive ‘Just Fine’ the mid tempo hardcore and generic riffs tend to get kind of boring when you’re five songs in.

A song like ‘Abyss’ is typical for all the songs on Pendulum Swings:  good vocals, good breakdowns, some faster parts. It’s hardcore by the book. And that is what bothers me about Pendulum Swings: there’s nothing original going on. There are no hooks or lines original enough to memorize. Ask me about the stereotypical hardcore record and I would probably come up with this one.

The only two above average songs are ‘Focus’ with its crossover feel and ‘Pendulum Swings’. The two songs at the end of the record. ‘Focus’ isn’t a new Expire song though, it was already on Suffer The Cycle which was released last year on Six Feet Under Records.

Two stand out tracks of which one isn’t a new one, to me that’s not enough to be all stoked about what Expire has to offer.