Fire & Ice – Not Of This Earth 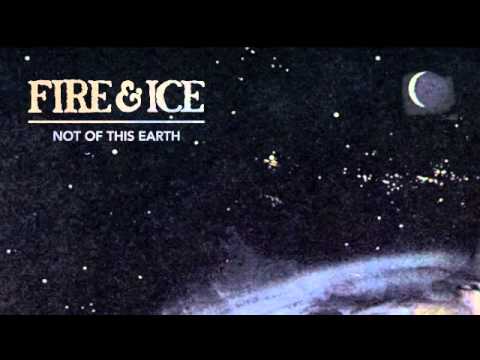 It sounds like a phrase I’ve uttered too many times in the last couple of weeks, but Harley Flanagan has a lot to answer for. Besides all the private matters he’s dragged out on the internet with John Joseph and the scab Cro-Mags recently, and the argument that his solo projects sounding like a bitter bloke with a backing band (none of which have shit on Bloodclot, might I add), his Best Wishes era is at least partly responsible for the existence of Not Of This Earth.

I first came across Fire & Ice a couple of years back when their demo dropped, and although it was a little mid-paced, it wet my appetite for the follow up seven inch later that year, which again I thought showed promise. They toured Europe last year with Take Offense and Deal With It, but I was left feeling more than a little disappointed by their live performance. Maybe taking the stage after the whirling dervish of personality that is Michael Carver intimidated their front man a bit, or maybe it just wasn’t their night, but watching Fire & Ice that night felt like watching a band who had only been together for a couple of months (or a band who’d only written a demo and a seven inch, oh wait..), not one that should be headlining in Europe.

A lot of people who’s opinions on music I respect have told me to check out Not Of This Earth in the last few weeks, however, and don’t get me wrong, if you look at it’s aspects on paper I should love this record. Metallic hardcore in the vein of Leeway or The Cro-Mags with apocalyptic lyrics about alien’s and conspiracies should be right up my street, and I can think of several bands I like that you could apply the same description to. So I sat down with open ears and made a concerted effort to like this record.

But here’s the bad news. I’ve listened to it continuously for about a week now, and I can’t form an opinion on it that I’d be happy to present to you. Allow me to elaborate. It ticks all the boxes, and I should like it, but I don’t. It’s like they were all sitting round talking about writing a record that sounds like ‘Born To Expire but harder, dude’, and then someone suggested having vocals ‘like Harley’s on Best Wishes, but more euro’ instead as joke. All the other guys didn’t wanna look uncool and the whole thing went too far. There’s certainly some cool riffs in there that you can bang your head to, but the production lets the guitars down (read, it ain’t heavy enough), and it just makes me want to listen to Leeway instead. Which is kind of it’s own argument. Despite a week with Not Of This Earth, I haven’t developed a favourite song at all, or begun to know which ones I like and don’t. I can’t help but feel that there isn’t much here that you couldn’t get from listening to innumerable other recent bands like Bitter End or Meltdown. Having said this, there probably isn’t much wrong with it either besides maybe some dodgy mosh calls (sock it to me? I’m sorry, what?), so I would encourage those reading this who haven’t heard Not Of This Earth to pick it up and listen for yourself. I suspect there will be a lot of people who like it, and I’m going to make a point of checking Fire & Ice out live again in September to see if they change my mind.