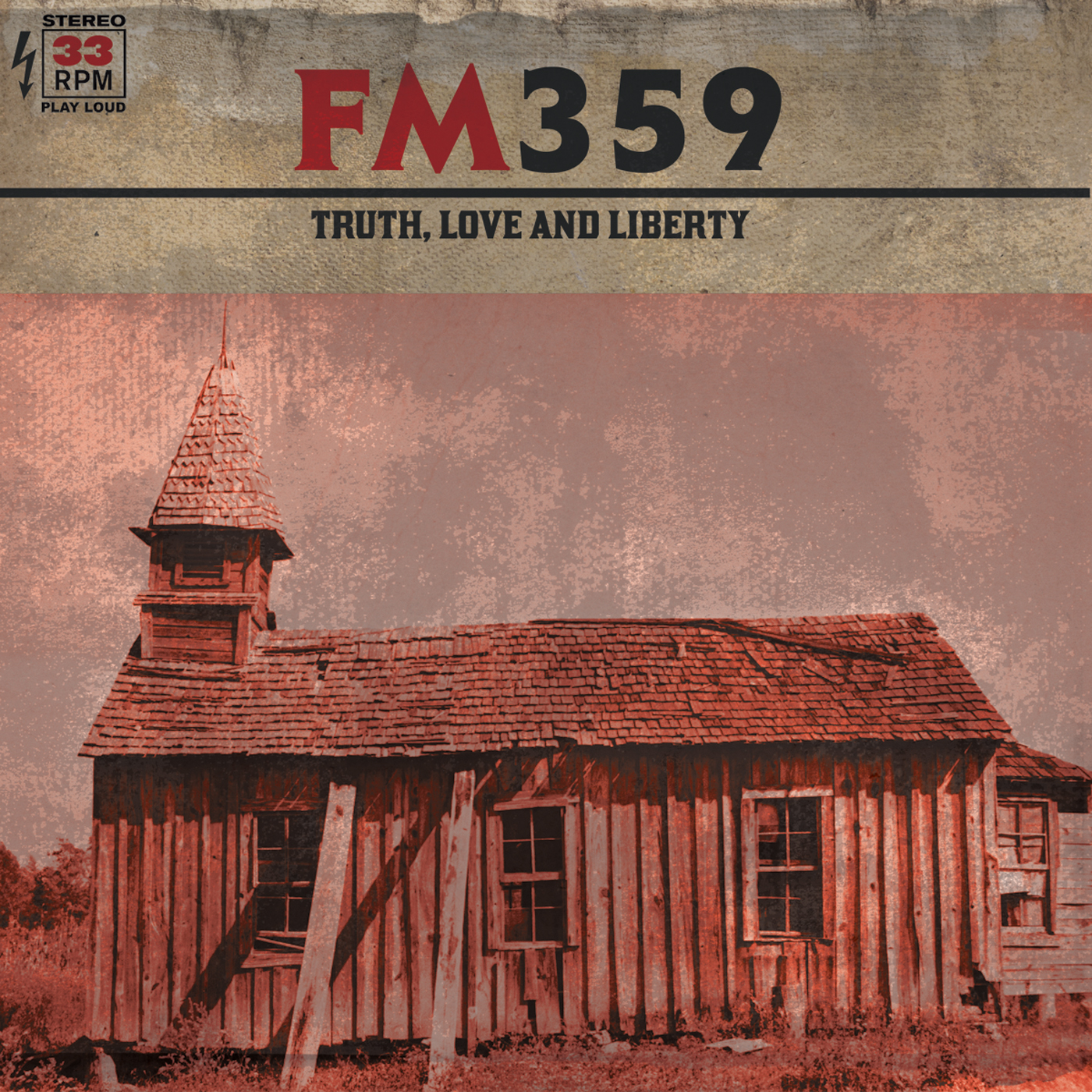 FM359 is short for Farm to Market Road 359, a state highway in Texas. Knowing this fact might not result in great interest in this band. FM359 consists of (ex) members of Street Dogs Dropkick Murphys and Continental. Perhaps this captures your attention better? Alright, let’s go!

Street Dogs members Mike McColgan (also ex-Dropkick Murphys), Johnny Rioux, and ex-Dropkick Murphys / Continental member Rick Barton decided it was time for something new and formed a band that allows them to play music where their influences shine through a bit more. The fact that the band is labeled “Street Dogs americana side project” and “a humanitarian (non-religious) gospel americana (punk) rock sound” definitely implies a style change. These descriptions are accurate, but not a hundred percent. What you get on this album is a mix of rock ‘n’ roll (mainly Stones influences), americana and folk. Although punk is not included in this list you can definitely hear a drive in the music that I have come to associate with punk.

The band mixes all these influences together, but usually not in one song. Instead you get a more americana song (I Saw The Light), a more folky song (I’ll Be On My Way) or a more rock song (Forbidden Love). This might sound like a bad thing, but they made sure it still sounds as one album (instead of a collection of songs). Something that really helps keeping everything together sound-wise is the easily recognizable voice of Mike McColgan. He shows (again) he can carry a record.

This record is no Do Or Die or Savin Hill, but it sure does rock. If you’re into Street Dogs or Dropkick Murphys I suggest you check this out.