Foundation – When The Smoke Clears 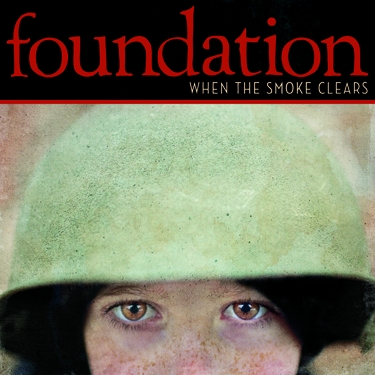 ‘Who will march forward when the smoke clears?’ Anyone who has listened to Foundation’s first full length will have these words pounding in their head over and over.

Foundation made quite a name already with their 7″ and ‘When The Smoke Clears’ is a solid new chapter in the band’s catalogue. As on previous releases Foundation doesn’t stray to far from the path originated by nineties hardcore bands like Unbroken, Undertow and early Earth Crisis.

Though Foundation’s sound is anything but original, ‘When The Smoke Clears’ is still one of the better releases of 2011. Upon first listening the songs might come over as dull, yet one finds himself going back to songs like ‘At Your Mercy’, ‘Anthem For Redemption’ and ‘No One Writes Protest Songs Anymore’.

The basic, rudimentary song structures and spot on vocal delivery of Foundation is something which fellow nineties inspired bands don’t seem to grasp. Foundation doesn’t need flashy riffs or grooves to get the listeners’ attention.