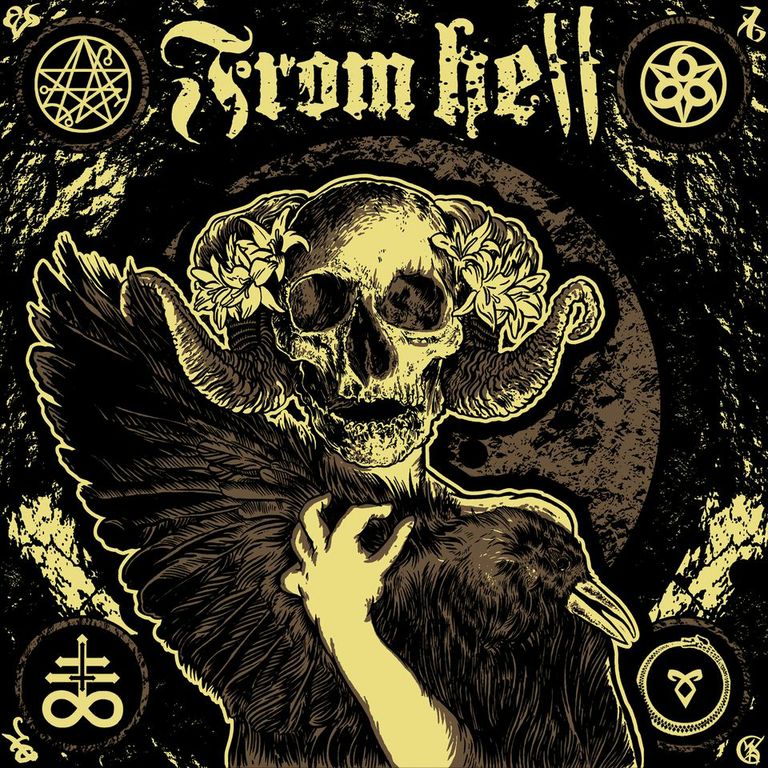 Being the Zao-fanboy that I am I couldn’t resist reviewing a band that made a reference to Zao in their promo talk. The promo also mentioned Integrity, which, in my book, is always a good thing. The comparisons to these to bands are actually quite correct. Add some D-beat crust and you’ve got the sound From Hell brings us on Heresy. The riffs used on this album remind me of Zao at times, the vocals could be ripped from an older Zao album (the first couple of albums with Dan that is) and the intense, dark atmosphere is transfered from Integrity.

The album starts off with a moody intro in which a hitman (the Iceman) is interviewed. After this, all hell breaks loose! The interview section returns at track five which gives you some space to breathe. Apparently the album was delayed because the pressing plant wouldn’t press the record with these samples on it, as they weren’t cleared. From what I understand they removed the sample that wasn’t cleared before pressing. The sample wasn’t removed from the digital version, which I used for review. So, if you’re buying this album, you might wonder what samples I’m talking about…

This album (or EP?) contains only seven tracks, lasting 17 minutes. Two tracks are intros, which leaves us only five real tracks. Due to the very intense nature of these tracks I feel that 17 minutes is actually enough for now. How much musical darkness can you take at once? The band seem to feel the same way and do not only include the two intros but also some lighter moments  mid-song. Two minutes in “No Place Like Hell” and on the end of that song for example there are sections built in (piano is incorporated in the sound) that slow things down a bit and shed a little bit of light in the darkness.

After listening to Heresy a couple of times I decided to look into what they released before. Not much actually: one demo which is five years old and doesn’t stand up to the high recording quality they got on Heresy. The sound is roughly the same though. This demo will be rerecorded and released someday soon. Well, I’m looking forward to more work by these guys for sure!