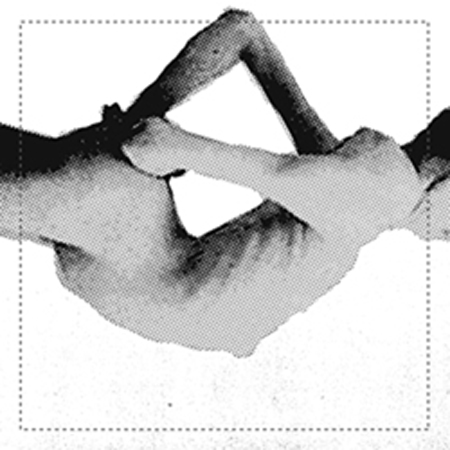 I guess I took a bit of a risk picking this split, not being really familiar with the sound of both bands. But a risk is what you have to take to discover some new music. I put on these 2 songs and opened my mind for some noisy experimental music.

The a-side of this new A389 Records split contains a new song of Maryland hardcore noise boys Full Of Hell. I suppose they decided to get really weird with this one, bringing an almost 6 minute experimental noise track. The song starts off with a silence, followed by a screeching feedback and pedal noises that come and go for the rest of the song. After a short while the vocals come in; angry screams and loud growls came from my speakers, speaking about discovery (I couldn’t make out much more). The song just drags on for a while and then finishes with a bone-chilling scream. The end. I felt weird and uncomfortable after listening to this song, probably the result FOH was going for. This is one creepy effort, but replay value? Don’t think it’s there. It’s a good atmospheric song but nothing great. I must say that I prefer their more hardcore oriented material. I wouldn’t play this side more than twice, so of course I can’t give it a high grade. I’d give them some points for making this one scary as hell, but this song just makes me not want to buy the split. I’d say 20/100.

The b-side of this split contains one song of the noise duo The Guilt Of.., a new project made up of Mike IX (EyeHateGod) and  Ryan McKern (Wolvhammer). The song Election of The Severed Hand is a 4-and-a-half minute industrial noise track, mainly built around a driving mechanical beat. After about one minute a buzzing bass comes in and horrific distant screams make the song to a whole. The foundation of the song stays the same for the remaining four or so minutes, some guitar parts and different screams bring some variation. The song can be described as a drone-y, creepy noise track, perfectly suitable for the tracklisting of a horror movie. I can’t say that I’ll listen to this one very often after this review, but if you’re into this kind of stuff, check it out. I’d give it about a 25, I think the beat is good, but the rest of the song isn’t that exciting in my opinion.

Sadly I didn’t like this split that much. FOH is a name I’ve been meaning to check out, but this split just makes me less eager to look them up. I wouldn’t recommend any “regular” hardcore fans this split, it just really seems like a waste of money or space. The select few that are into industrial/noise/experimental/weird music should check this out, this might be that creepy record you were waiting for.