Funeral For A Friend – Chapter And Verse LP 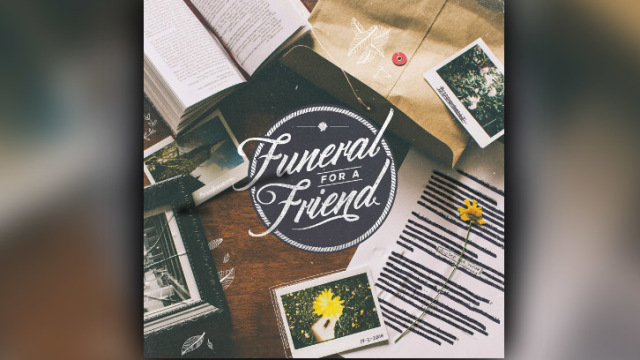 Chanting troubles is what Welsh band Funeral For A Friend do so well. The act build on their worries and thoughts. They’re architects of music that relentlessly makes you think, music that instantly pulls you in. Their new record Chapter And Verse does this with an even more stronger grip, pulling at your thought process and keeping the inspiration alert. The bands focus is relevant and the intensity is still there, bubbling and alive.

Singer Matt Davies spits what he feels and thinks. His stylish lyrics are fueled by anger and repent. It’s clear he doesn’t care for the world or its system. He rarely sounds calm or satisfied, he smashes the subtlety with his high pitched, enraged voice. Populating their music with ferocious vocals and brutal wordplay makes the album more interesting.

Chapter And Verse is a statement of an intent. Played out like a siren to wake the hearts and the minds. Made by a band who have sworn to tell all, who haven’t diluted their sound to fit a mold, who haven’t committed to a mainstream cause. They’re honest and portray that through the medium of music, grafting and crafting, building and building, exuding personality and talent.

The record starts with Stand By Me The Millionth Time. Davies begins the song with angered vocals, spitting out his feelings like chewing gum on a cracked, tarnished pathway. The guitar rattles along, featuring a riff that is infectious. Lyrically the song is lashed with pessimistic notions that will immediately evoke. Pencil Pusher commences with a high pitched drumbeat that subsides a little to let the vocals and guitar pound through like a stampede. The lyrics are drenched in negativity again, showing that Davies can write wordplay that will chill, but will also move the heart to the point of it speaking the truth. Modern Excuse For A Man is a track that is loud and volatile, pushing at the bones and the curdling the blood. The simple chug of guitar and monstrous vocals intertwine brilliantly. The Jade Tree Years Were My Best focuses on sublime lyrics and calmer vocals. The chorus is orchestrated with a belting guitar sequence.

Funeral For A Friend have produced songs for a while now. They’ve never flattened their resolve or gave in to hardships or musical dramatics. They’re grounded and musically minded, embracing the truth and the now.

Band: Funeral For A Friend.