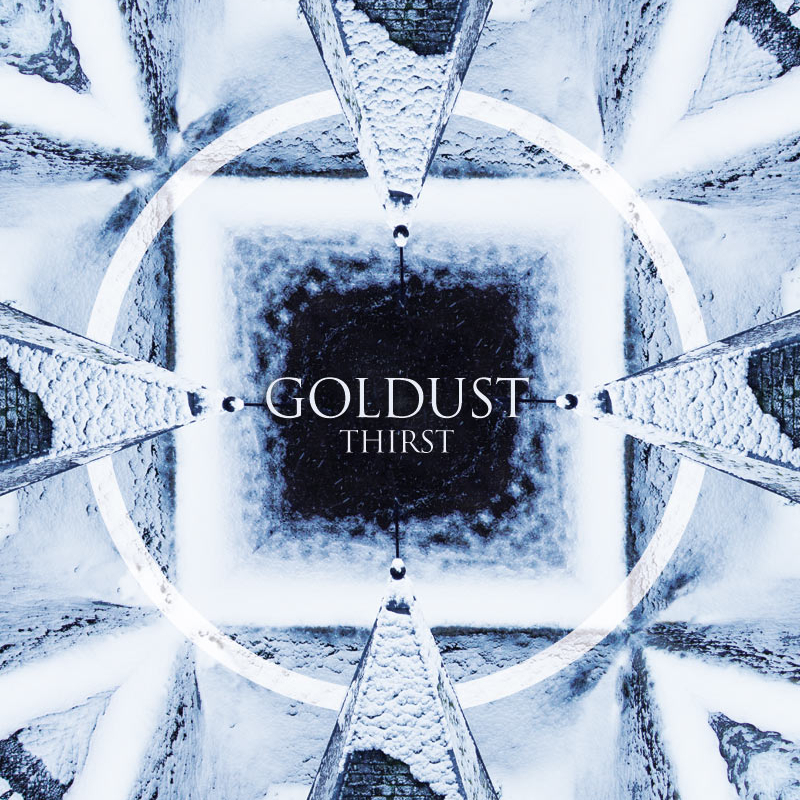 What happened here? I actually needed to check if I was listening to the Goldust I know. I must admit, I lost track of them after Axis. Not that I dislike that record (on the contrary…), they flew under my radar I guess. I see on Discogs I’ve missed out a shitload of releases, which is quit an achievement…

On Axis you can hear a band that’s heavily influenced by Integrity. I was expecting more of that on Thirst. What I found instead is a band that has matured. A lot! Usually that would mean the band not only learned to write better songs, but also mellowed their sound. Goldust choose a different path. The songwriting did get better. The mellowing down part of getting a more mature sound does not apply on Thirst. The band leans more toward the metal influences instead of the hardcore influences. Based on Thirst I’d guess the band enjoys a daily portion of black metal.

One of the great things about this album is how Goldust manages to integrate different influences (next to the aforementioned Integrity-sound and black metal you can also hear some stoner and sludge influences) but manage to make this album sound coherent. The voice of their singer really ties everything together. It doesn’t matter if you listen to the black metal on “Only Love Can Win” (what a way to open your album! Wow!) or the stoner song “Vile Velvet”, you can clearly hear this is one band, even though the influences fused together on the album are all over the place.

Stand out tracks are “Begreift” (yes, this is sung in German, which gives an extra dimension to the song) with it’s strong build up, “Vile Velvet” and “Only Love Can Win”.

Recently I was a bit disappointed on how label-mates Depravation mixed metal and hardcore. Well, Goldust is showing the world how to blend these genres perfectly!